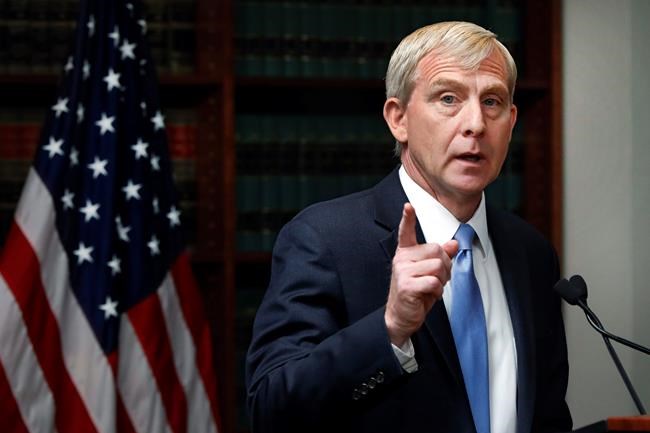 NEW YORK — The top federal prosecutor in Brooklyn is leaving his post for a job at the U.S. Justice Department in Washington.

Richard Donoghue, the U.S. attorney for the Eastern District of New York, told his staff Thursday that he will become the top deputy to Deputy Attorney General Jeffrey A. Rosen.

Donoghue is the second U.S. attorney in New York to leave his post in recent weeks. His former counterpart in Manhattan, Geoffrey Berman, was recently fired after overseeing several investigations that rankled President Donald Trump.

Donoghue was appointed U.S. attorney in early 2018, serving as the chief federal prosecutor for a region that includes Brooklyn, Queens and Long Island. He was not formally nominated by Trump but sworn in a few months later by the district's judges.