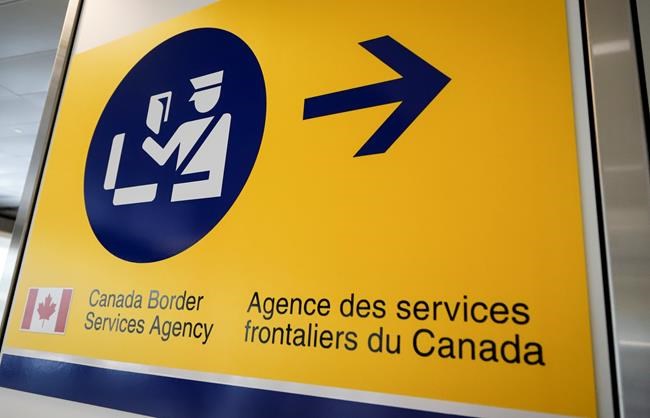 OTTAWA — Canada's border agency has failed to promptly remove most of the people under orders to leave the country, and in tens of thousands of cases it has simply lost track of them, the federal auditor general says.

In a report tabled Wednesday in Parliament, the auditor said the Canada Border Services Agency's efforts were hampered by poor data quality and case-management flaws, resulting in avoidable delays in thousands of cases.

Problems in information-sharing with immigration officials also slowed things down.

The border agency is responsible for carrying out removal orders to ensure public safety and the integrity of the immigration system.

The report noted the federal government had made significant investments over the last decade to improve the efficiency of the asylum system, including removals.

However, the level of enforceable removal orders — those involving people who have exhausted or waived all legal avenues to stay in Canada — remained largely unchanged, even for priority cases.

As of April 2019, there were about 50,000 people in Canada with enforceable removal orders. Two-thirds of these — 34,700 cases — involved individuals whose whereabouts were unknown. Of these, 2,800 had criminal histories.

Still, the border agency was often not conducting regular follow-ups to try to find them by opening each file at least every three years, or once a year for people with criminal issues.

"Without a reliable inventory of removal orders, the agency could not effectively prioritize removals according to risk and complexity. We also found cases in which the agency was unaware that removal orders had been issued," it said.

"Many cases we examined were also stalled because officers had done little to overcome impediments like missing travel documents."

The auditor noted that many countries, mostly in Europe, offer assistance programs that promote the voluntary return of foreign nationals to their countries of origin. Some operate through independent third parties and are not limited to failed asylum claimants, the report said.

"All recognize that voluntary returns are preferred to enforced removals, are more cost-effective, and facilitate rapid departures."

The government will do a better job of ensuring the integrity of the system, Prime Minister Justin Trudeau pledged at a news briefing Wednesday.

In addition to improving its removals strategy, the border agency will enhance the way it tracks and triages cases to ensure priority ones are addressed promptly, Blair said in a statement.

"This includes continuing to implement a data integrity strategy to ensure that it can quickly identify the stages all cases are at so they can move forward in a timely fashion."

The border agency is taking steps to find foreign nationals whose whereabouts are unknown by reviewing all outstanding cases, prioritizing criminal cases and focusing investigations on the most serious ones, Blair added.

Finally, the agency will develop an "incentive program" to increase voluntary compliance, he said.

The agency's problems with managing removals date back more than a decade, long before the Liberals took the government reins from the Conservatives.

But Conservative Leader Andrew Scheer said it was another example of the Liberal government being unable to ensure a fair, orderly and compassionate immigration system. "We need a government that takes this kind of thing seriously."

NDP public safety critic Jack Harris said the Liberals must make sure the border agency "has sufficient resources to perform their duties."

This report by The Canadian Press was first published July 8, 2020.