An insatiable need for spectrum 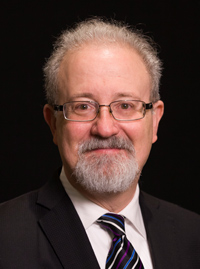 The past 6 months have witnessed an unprecedented shift in the consumption of digital connectivity by Canadians whose lives and livelihoods have been disrupted by the COVID-19 pandemic.

Communications services providers have rapidly reconfigured their networks to accommodate the shifts in daytime traffic patterns from business centres to residential neighbourhoods; telecom carriers have extended the reach of broadband networks to previously unserved and under-served areas.

The fastest way to roll-out high-speed broadband networks is using wireless technology, for mobile and fixed services. Today’s wireless technologies are already able to connect households and businesses at speeds far in excess of the 2030 target objectives set by the Canadian Radio-television and Telecommunications Commission (CRTC). Those objectives call for all Canadians to have the opportunity to subscribe to a service with 50 Mbps download speeds, coupled with 10 Mbps upload speeds and unlimited data transfer.

Even prior to the rollout of fifth generation mobile technology (5G), Canada’s mobile networks have topped the world in independent speed tests, consistently exceeding 100 Mbps down and more than 50 Mbps up. Technology for rural fixed wireless networks, are being deployed this summer to upgrade service to hundreds of thousands of homes and businesses.

But these wireless technologies need spectrum, the radio frequencies that connect our devices to the networks. Increased levels of data and faster speeds mean that service providers require even more spectrum to be assigned in order to be able to offer fixed and mobile broadband services.

The industry often speaks of radio frequencies as low, mid, and high-band spectrum. Lower frequencies, those under 1000 MHz (1 GHz), are ideal for carrying signals over long distances. High-band radio waves, those with frequencies over 6 GHz, travel a shorter distance but usually have greater data capacity. Mid-band spectrum, ranging from 1000 MHz to 6 GHz, is important because it can deliver higher capacity over longer distance.

Last June, at The 2019 Canadian Telecom Summit, Innovation Science and Industry Minister Navdeep Bains announced plans to increase the spectrum available for 5G services. Those measures included determinations on the 3500 MHz band, plans to release a decision in 2021 on millimetre wave (high-band) spectrum for 5G mobile service, and to release the 3800 MHz band in 2022.

Two hundred MHz in the 3500 MHz band was scheduled to be auctioned later this year; due to the pandemic, that auction has now been delayed 6 months to June 2021.

Canadians are continuing to connect with a seemingly insatiable appetite. Every quarter, there are more new mobile subscriptions; existing users continue to increase data consumption, stimulated by world leading data speeds and, in part thanks to new pricing plans that offer unlimited use, removing the fear of added charges.

Most Canadians have a choice of 4 mobile carriers; this means there is often more competition for limited radio spectrum than in countries, like the US, with just 3 carriers.

As carriers continue to expand the reach their network into previously unserved and under-served areas, these companies are increasing capacity and deploying the latest fifth generation mobile networks, to help drive the next generation of innovation in virtually every sector of the economy.

How can we feed our appetite for connectivity? The industry is investing billions of dollars in technology, but the industry needs radio waves to connect us to the towers.

It is critical for Canada’s government to do its part. We need the government to press forward aggressively with the release of more spectrum.