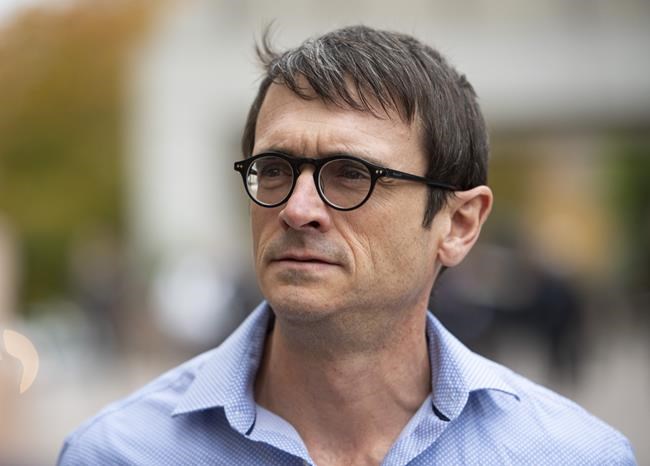 OTTAWA — All signs suggest the complex prosecution of a senior Mountie for allegedly revealing secrets will grind through the judicial process well into next year.

Cameron Jay Ortis, who led an RCMP intelligence unit, made his latest brief appearance in an Ontario court Friday.

Behind the scenes, deliberations are unfolding over what portions of thousands of pages of sensitive evidence can be disclosed.

Next week will mark one year since Ortis was arrested — an unsettling event for the national police force that made international headlines and sparked Canadian efforts to allay the concerns of key allies.

Ortis, 48, faces several charges under the Security of Information Act for allegedly revealing secrets to an unnamed recipient and planning to give additional classified information to an unspecified foreign entity.

Officials decided early this year the charges would proceed in Ontario Superior Court by way of direct indictment, meaning there will be no preliminary inquiry. Such a move is often aimed at helping speed up criminal proceedings.

Ortis, being held at an Ottawa jail, is due to make another appearance in superior court via video link early next month.

However, a parallel process is playing out in the Federal Court of Canada to determine whether certain information relevant to the case must be kept under wraps to avoid endangering national security.

Federal prosecutors served notice in June that sensitive or potentially injurious information might be disclosed during the Ortis case. That prompted an application to the Federal Court the next month to shield materials that could harm Canada's security, defence or international relations if revealed.

At least one, or possibly two, security-cleared lawyers will be appointed to assist the Federal Court with the review process.

Ian Carter, Ortis's lawyer, told the presiding Federal Court judge his client "has a serious concern about the delay in this case."

Carter added that many of the documents the government wants to protect "are at the heart of the case" in at least four criminal charges against Ortis.

Prosecutor John MacFarlane said the Crown "has moved as expeditiously as possible in providing disclosure," noting more than 5,500 documents had been provided to the defence since Ortis was charged.

"The disclosure process has been extremely complex," MacFarlane told the judge.

Another Federal Court date is expected in October to gauge progress.

In another development, three RCMP employees who worked under Ortis recently filed a civil lawsuit alleging he engaged in degrading and abusive behaviour from 2016 onward.

They contend the RCMP failed to act on complaints that Ortis belittled them, undermined their value and work, and caused significant distress and mental suffering.

This report by The Canadian Press was first published Sept. 4, 2020.