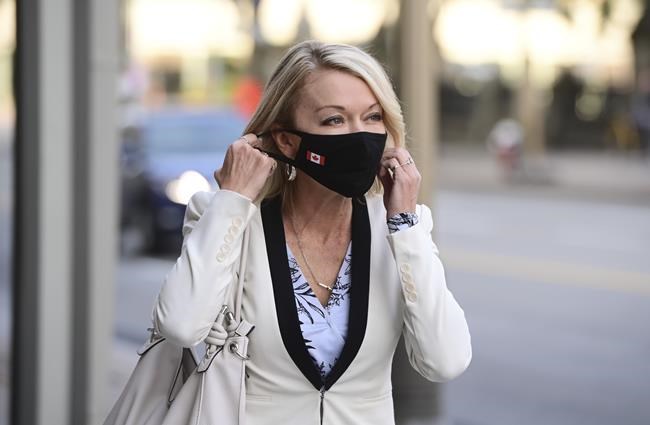 OTTAWA — The federal Conservatives are panning a proposed electronic voting system after what they described as a disastrous test run, and say there is still no agreement on how MPs will return to work.

Parties have been arguing for months over the best way for the House of Commons to function during the COVID-19 pandemic, disagreeing over how to protect the health and safety of MPs while ensuring full parliamentary representation and accountability.

Now the negotiations are approaching the 11th hour as Parliament is set to return Wednesday for the first time in months, starting with a speech from the throne.

That will be subject to a confidence vote, which could determine whether the minority Liberal government stays in power or pushes the country into a federal election.

The Liberals wants a hybrid model: a limited number of MPs in the House of Commons and the rest attending — and casting votes — online. A number of MPs participated in a trial run of a proposed electronic voting system on Monday.

Several Conservative MPs who were gathered in Ottawa for a full day of caucus meetings Tuesday said the result was unimpressive.

Manitoba MP James Bezan described the test as "quite the ordeal," with one vote that should have taken only a few minutes instead taking nearly an hour and a half.

"It was slow — a lot of technical glitches and difficulties," Bezan told reporters Tuesday.

"I'm really concerned about people being able to exercise their right, and their privilege, to vote knowing how intermittent rural broadband is for all of us rural MPs."

Candice Bergen, the deputy Conservative leader, said she remains uncomfortable with electronic voting only one day before the House is set to resume. Bergen repeated her party's past calls for some form of in-person voting.

"We've offered some very positive, and I think realistic, solutions to voting in person whereby safety can be respected," Bergen said.

"I think there's a lot of kinks that would have to be worked out and you know, schools are resuming, there's a lot that's resuming. We have to be able to continue life in this COVID crisis and do it in a safe way and I think that includes parliamentarians."

The ongoing inability to reach a deal comes as the threat posed by COVID-19 to parliamentarians, their families and constituent communities across the country was underlined in recent days.

Conservative Leader Erin O'Toole and now his wife Rebecca, along with Bloc Québécois Leader Yves-Francois Blanchet, have all tested positive for the illness. They are all isolating at home, meaning the two opposition party leaders will not be in the House of Commons for the throne speech.

Despite the high-profile cases, including her own party leader, Conservative MP Shannon Stubbs said she supports a return to Parliament.

"I'll leave that up to the administrators and they should be making sure they're following Ontario's guidelines," said the Alberta MP.

"But I can just tell you that I hear loud and clear from the vast majority of my constituents: If kids can go back to school, MPs can be in Parliament, and I think it's our responsibility to be here and I feel fine about it."

This report by The Canadian Press was first published Sept. 22, 2020.