National pharmacare will be very expensive and likely unnecessary 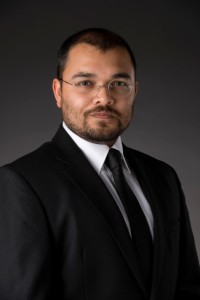 According to reports, the Trudeau government may unveil a national pharmacare program in Wednesday’s throne speech in Ottawa. The program may be based on last year’s Hoskins’ report, which recommended an expensive top-down Medicare-style approach that would artificially set drugs prices, restrict patient choice and limit private alternatives. Not only would such a program drive up government spending (when deficits are already at record levels), but it may not help those Canadians who need help the most.

It’s important to first contextualize the cost of such a plan (pegged anywhere between $15 billion and $32.7 billion) within our fiscal reality. Recent estimates found that spending by the federal government (per capita) has increased by 61 per cent over the last year while federal government revenues dropped 23 per cent—the largest drop on record. The result? A $343 billion federal budget deficit this year. Obviously, a national pharmacare plan would put even more pressure on federal finances.

More importantly, despite the large price tag, it’s unclear whether a federally-administered pharmacare plan is warranted or even desirable. There are already a vast network of provincial plans to help low-income Canadian families pay for prescription medications. Every province offers drug coverage to social assistance recipients at low or no cost. And provincial governments also administer a variety of social programs to cover drug costs for the disabled and those diagnosed with chronic conditions (such as multiple sclerosis, cystic fibrosis and HIV).

Crucially, many provinces go even further. For example, British Columbia’s Fair Pharmacare program, using income-based deductibles, covers between 70 per cent to 100 per cent of the cost of eligible prescription drugs for families (with exemptions for low-income families). In Alberta, just about everyone under the age of 65 can enroll in the province’s Non-Group Coverage plan where families pay a $118 monthly premium and 30 per cent of their prescription costs (up to a $25 maximum). Lower-income groups receive premium subsides and seniors are exempt from premium payments (but not copayments) altogether.

Meanwhile, Quebec simply mandates residents to acquire prescription drug insurance—private or public. If they are eligible for a private plan, they must enroll. If not, they can register for the government’s drug insurance plan (RAMQ), pay premiums and share the cost of prescriptions.

And yet, despite these provincial programs, some Canadians (between 8.2 per cent to 23 per cent) struggle to pay for their prescription medication. If anything, the Trudeau government should help identify and support these Canadians—either directly or by helping connect them to existing provincial programs. Ottawa could also consider partnering with the private sector to help expand coverage; like in more successful universal health-care systems in Switzerland and the Netherlands. A national single-payer pharmacare program, on the other hand, would use scarce health-care dollars to subsidize everyone including the majority of Canadians who likely don’t need it.

At a time when dollars are scarce and needs are great, the Trudeau government should exercise prudence and target assistance to Canadians with the greatest need. A pharmacare plan will likely only shift coverage for Canadians who are already insured (privately or through provincial plans) at great cost to taxpayers. Meanwhile, Canadians who have fallen through the cracks of existing provincial coverage will likely continue to do be left behind as the federal government designs a national program from the secluded halls of Ottawa.

Bacchus Barua is an economist at the Fraser Institute.