Freeland says aid needed, but not infinite, as central bank targets 2022 for recovery 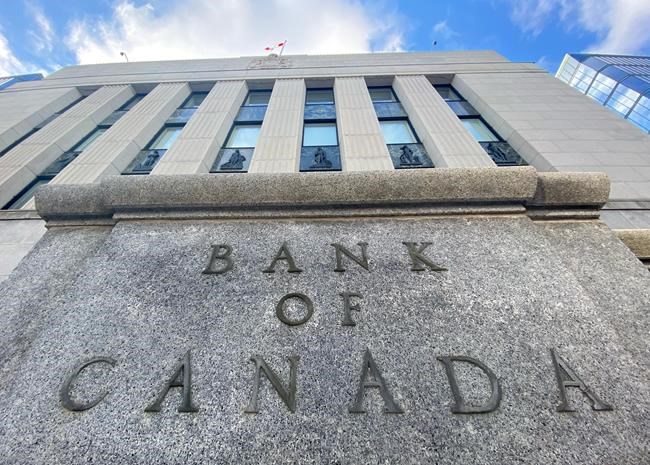 OTTAWA — Finance Minister Chrystia Freeland laid out how federal spending might be reshaped along a bumpy recovery, saying relief will be targeted and likely greater than what was needed after the last recession a decade ago.

The federal government has spent unprecedented amounts in record time to limit the economic damage wrought by COVID-19, plunging the deficit to historic depths.

Freeland said doing too little would cripple businesses and workers who face hardship through no fault of their own, but noted some long-term damage is inevitable, from businesses never reopening to unemployed workers who won't find a new job.

Federal spending will be aimed at limiting that damage, Freeland said in an afternoon speech to the Toronto Global Forum, but she warned the capacity to spend isn't unlimited.

"We are going to have to build our way out of that (COVID-19) recession. That will require government investments," she said during the ensuing question-and-answer session.

Freeland said she'll have more to say soon on the rules and limits the Liberals will use to guide spending, rather than waiting for "more brutal external restraints" from the market.

The economy may not recover all that it lost earlier this year until at least 2022, the Bank of Canada forecasted Wednesday. The country has reversed about two-thirds of the economic decline seen in the first half of the year, the bank said, exceeding expectations.

Officials estimate the economy will still shrink by 5.7 per cent this year, but grow by 4.2 per cent next year, and 3.7 per cent in 2022. Even then, there may still be scars that need healing into 2023.

"We're going to get through this, but it's going to be a long slog," governor Tiff Macklem said during a late-morning press conference.

The bank held its overnight rate target at 0.25 per cent on Wednesday, which is where it will stay until the economy has recovered and inflation is back on target. The bank forecasts that annual inflation at 0.6 per cent this year, one per cent next year, and 1.7 per cent in 2022.

It's around 2023 that the central bank may start raising its key rate, the earliest the bank anticipates the economy would be able to handle higher rates, said James Laird, co-founder of Ratehub.ca.

The bank also announced Wednesday that it intended to buy more longer-term bonds because those have a "more direct influence on the borrowing rates that are most important for households and businesses," hoping to prod consumption.

Projecting low rates for the next three years is meant as a message to consumers, Macklem said: "If you are household considering making a major purchase, if you're a business considering investing, you can be confident that interest rates will be low for a long time."

The projections for growth and inflation mark a return to the bank's usual practice of giving a longer view for the economy in its quarterly monetary policy report.

The report said the six months of experience with containment measures and support programs, as well as more information on medical developments like vaccines, has given the bank a better foundation to make a base-case forecast.

Underpinning the bank's outlook are two major assumptions: that widespread lockdowns won't be utilized again and that a vaccine or effective treatment will be widely available by mid-2022.

The Business Council of Canada, in a letter to Prime Minister Justin Trudeau, said workers and companies needed a better response to the pandemic, including how a vaccine may be delivered, given how long the country has and will live with it.

"Canadians will be living with COVID-19 well into 2021, if not longer," council president Goldy Hyder wrote. "They and their governments can continue to react day-by-day and in piecemeal fashion to the evolving threat, or we can step back, regroup and resolve to do better."

The country has recouped about three-quarters of the three million jobs lost in March and April. Emergency federal aid has replaced lost wages for millions of workers, and provided loans and wage subsidies to struggling businesses.

As for how long the aid should last, Macklem said it was up to the government.

The hardest-hit sectors, such as restaurants, travel and accommodations, continue to lag as the economy recuperates. Workers in those sectors, as well and youth and low-wage workers, continue to face high levels of unemployment, the report said.

The bank warned all may be hit hard again by any new rounds of restrictions, just as some areas of the country have already imposed such public health restrictions in the face of rising COVID-19 case counts.

This report by The Canadian Press was first published Oct. 28, 2020.