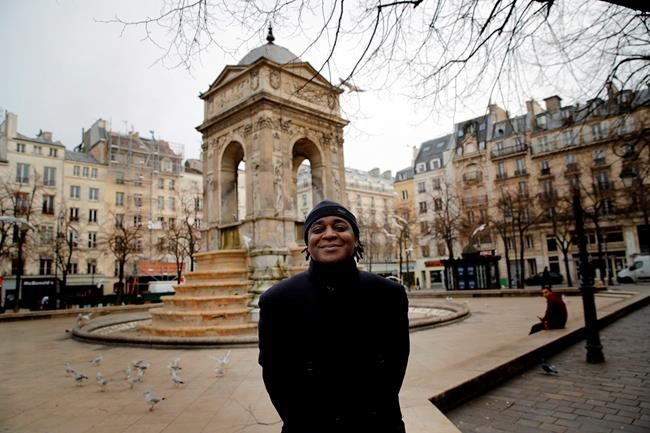 The NGOs, including Human Rights Watch, Amnesty International and Open Society Justice Initiative, allege that police target Black people and people of Arab descent in choosing who to stop and check and say the practice is alienating those populations and a danger to society.

The issue of racial profiling has festered for years. Now, the organizations want deep law enforcement reforms, including a change in the article in the penal code that governs checks and currently gives police carte blanche with no trace of the encounter. They seek no monetary damages.

Prime Minister Jean Castex and France’s interior and justice ministers were served formal legal notice of the demands in a 145-page document including witness accounts, studies, and demands to ensure there's no racial profiling in police checks.

Omer Mas Capitolin, a founder of Community House for Supportive Development, a grassroots NGO taking part in the legal action, said such checks are part of daily life for many people of .

“When you’re always checked, it lowers your self-esteem,” and you become a “second-class citizen,” said Mas Capitolin, whose Paris group works with youth often stopped for checks that he said can end up in a police station.

The “victims are afraid to file complaints in this country even if they know what happened isn’t normal,” he said, because they fear fallout from police.

He called it a “mechanical reflex" for police to stop non-whites, a practice he said is damaging to the person being checked and ultimately to relations between officers and the public they are expected to protect.

Mas Capitolin said the case of George Floyd, the Black American who died last year in Minneapolis after a white police officer pressed his knee into Floyd’s neck, is becoming a catalyst for change in France.

Police are of another mind. For Stanislas Gaudon, general delegate for Alliance Police Union, the claim that police discriminate in ID checks drew a big “no.”

"You know, police officers don’t get up in the morning thinking ‘I’m going to go out and check the IDs of people of Arab descent or Black people, or maybe Asian people or European people.’ No,” he said in an interview.

"No, police are not discriminating and no, the police don't do racial profiling,” Gaudon added.

However, a non-white police officer posted in a tough Paris suburb who is not connected with the case told the AP he is often subjected to ID checks when in civilian clothes.

“When I’m not in uniform, I’m a person of ,” said the officer, who asked to remain anonymous in keeping with police rules and due to the sensitive nature of the topic. Police need a legal basis for their actions, “but 80% of the time they do checks (based on) heads” — meaning how a person looks.

In with a reputation for being tough, the encounter can include insults by police, the officer said. Discrimination within police ranks is a reality, he contended, and “unfortunately people don't want to see.”

“Repression” is the only contact with the public, he claimed.

The lead lawyer in the case, Antoine Lyon-Caen, stressed the legal action does not target individual officers but "the system itself that generates, by its rules, habits, culture, a discriminatory practice.”

“Since the shortcomings of the state (concern) a systemic practice, the response, the reactions, the remedies, the measures must be systemic,” Lyon-Caen said at a news conference with NGOs taking action.

.Major changes could be of service to police, he added, helping rebuild their ties with the public.

The New York Police Department stands as a precursor for France. The largest law enforcement department in the U.S. was forced to make major changes after a 2013 class-action lawsuit brought by a dozen Black and brown New Yorkers who said they were stopped solely because of their race. A federal judge ruled the NYPD had violated the civil rights of tens of thousands of New Yorkers.

City leaders at the time said the checks were a necessary crime-fighting tool, but very few checks resulted in arrest. Stops dropped precipitously under the new regime, but crime did not rise.

Serving notice is the obligatory first step in a two-stage lawsuit process in a French class-action suit. The law gives French authorities four months to talk with the NGOs about how they can meet the demands. If the parties behind the lawsuit are left unsatisfied, the case will go to court, according to one of the lawyers, Slim Ben Achour.

“It’s revolutionary, because we’re going to speak for hundreds of thousands, even a million people.” Ben Achour said in a phone interview.

The abuse of identity checks has served for many in France as emblematic of broader alleged racism within police ranks, with critics claiming that misconduct has been left unchecked or whitewashed by authorities.

Police representatives say officers themselves feel under attack when they show up in suburban housing projects. During a spate of confrontational incidents, officers became trapped and had fireworks and other objects thrown at them.

Among a list of reforms sought by the NGOs is a change in the penal code to demand accountability in stops, making them visible with a record of the action and a receipt for the person stopped.

Among other demands, the organizations want an end to the longstanding practice of gauging police performance by numbers of tickets issued or arrests made, arguing that the benchmarks can encourage baseless identity checks.

The lawsuit features some 50 witnesses, both police officers and people allegedly subjected to abusive checks. The NGOs cite one unnamed person who spoke of undergoing multiple police checks every day for years.

“These are practices that impact the whole society,” said Issa Coulibaly, the head of Pazapas-Belleville, another organization in the case. Like a downward spiral, profiling hurts youths' “feeling of belonging” to the life of the nation and “reinforces prejudices of others to this population," while degrading relations with police.

For Ben Achour, the attorney, “It’s so much in the culture. They (officers) don’t ever think there’s a problem.”

Alex Turnbull in Paris and Colleen Long in Washington D.C. contributed to this report.

Follow all AP stories about racial profiling at https://apnews.com/Racialinjustice.