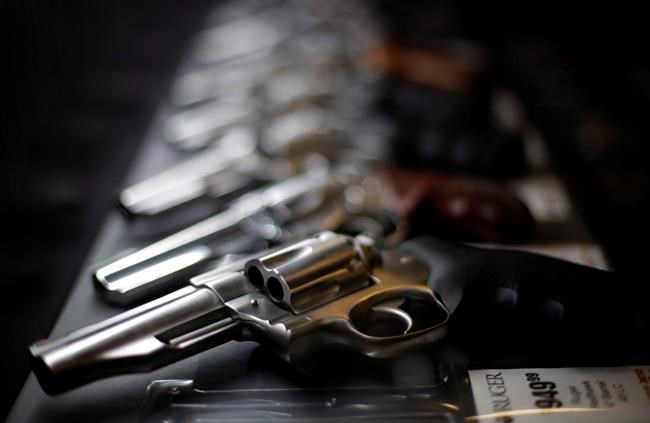 OTTAWA — The Liberal government is poised to introduce legislation as early as next week aimed at strengthening gun control.

The long-promised bill would flesh out last spring's ban of many firearms, propose stricter storage provisions and target gun smuggling.

The government outlawed a variety of firearms by cabinet order in May, saying they were built for the battlefield, not hunting or sport-shooting.

The ban covers some 1,500 models and variants of what the government considers assault-style weapons, meaning they can no longer be legally used, sold or imported.

The bill is expected to propose a program to buy back these firearms at fair market value, but allow owners to keep them with strict conditions.

Such a move would alarm gun-control advocates who have been imploring the Liberals for months to make the buyback mandatory to ensure firearms that remain with owners cannot be misused or stolen.

"The families of victims of mass shootings that have been fighting for years for a total ban on semi-automatic, military-style guns would be devastated and angry if the Liberals were to renege on their election promise to buy back all newly prohibited assault weapons," said the group PolySeSouvient.

"We will not support half measures that compromise public safety and that can be easily reversed by a future Conservative government."

The Liberal government has long signalled its intention to empower municipalities to manage the storage and use of handguns within their individual jurisdictions, given that they have different needs and concerns.

Critics of the plan have urged the government to avoid off-loading handgun restrictions onto municipalities, saying local bans create an ineffective patchwork of regulations.

The Danforth Families for Safe Communities, whose members have pressed for a ban on private ownership of handguns, said gun violence in Toronto has only got worse since the tragic 2018 shooting.

"We cannot understand why assault rifles and handguns will remain part of the assortment of guns that ordinary citizens are legally allowed to own, knowing that our system regularly results in violent individuals falling through the cracks," the group said.

"Relying on fines, law-abiding behaviour and bureaucratic oversight is not enough to eliminate the possibility for individuals to use their weapons to commit mass murder."

Toronto Liberal MP Nathaniel Erskine-Smith advocates national restrictions on handguns that allow municipalities to opt out if they choose.

"It should be the elected officials in city councils and municipal bodies that are ultimately responsible for changing a really strong standard," he said.

The bill is expected to:

— Include provisions allowing police, doctors, victims of domestic abuse and families to be able to raise a red flag on those with guns who pose a risk to themselves or an identifiable group;

— Open the door to more resources and stronger penalties for police and border services officers to help stop the flow of weapons over borders and target the illegal trafficking of firearms;

— Include new penalties for gun purchases by a licensed buyer on behalf of an unlicensed one;

— Maintain current firearm magazine limits, which are generally five bullets for hunting rifles and shotguns and 10 for handguns, but crack down on the sale of magazines that can be modified to hold more cartridges.

"I'm hopeful we see it soon, because we don't know how much runway we have when we're in a minority government and I'd like to see it passed."

This report by The Canadian Press was first published Feb. 12, 2021.