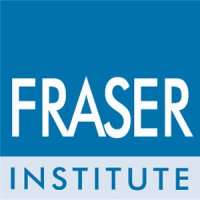 The Ford government released Ontario’s 2020/21 third quarter fiscal update last week. As expected, the numbers were ugly. The Department of Finance now anticipates a $38.5 billion budget deficit for this fiscal year. Moreover, the Financial Accountability Officer projects that while the deficit will decrease substantially by 2024/25, it will remain “stuck” at $16 billion per year thereafter, absent a change in policy. Getting “stuck” with an annual multi-billion-dollar deficit well after the COVID recession has passed would be an alarming outcome, given the province’s already shaky finances.

While large deficits are unsurprising in the midst of a global pandemic and recession, this comes in the wake of a decade of deficits that began with the global financial crisis more than 10 years ago. This time, the government must craft a credible short-term plan to eliminate the budget deficit rather than continuing the bipartisan habit of kicking the can down the road.

A recent Fraser Institute study documented debt accumulation in Ontario over this period. Between 2007/08 and 2020/21, the province added an estimated $201.4 billion of net debt (in 2020 dollars). With the fiscal update, that number is even higher than anticipated at $202.9 billion. Ontario’s net debt-to-GDP ratio (47.1 per cent) and net debt per person ($27,112) are also slightly higher than our recent estimates. Ontario is second-highest in the country on both these metrics.

To make matters worse, real GDP projections for 2021 are now lower than they were when Ontario introduced its budget in the fall. This is concerning considering that Budget 2020 already outlined expectations that deficits would total $33.1 billion in 2021/22 and another $28.1 billion in 2022/23. Simply put, Ontario’s debt situation is going to get worse in the near future without a change in policy.

Why has Ontario accumulated so much debt since 2007/08? Because successive premiers plotted gradual returns to budgetary balance through moderating expenditure growth rather than implementing a quick return to budgetary balance by reducing expenditures. With this approach, circumstances can intervene. There’s always an excuse not to balance the budget. And the decision not to do so for more than a decade left Ontario’s finances in a weakened state entering COVID. Coming out of this crisis, the Ford government should avoid repeating the mistakes of its predecessors.

For example, the failed deficit-reduction strategies of the McGuinty and Wynne governments. Their approach of slowing spending growth rather than reducing spending produced a decade of rapidly growing debt. Instead of returning to balanced budgets, Ontario ran nine consecutive deficits between 2009 and 2017 and provincial net debt nearly doubled.

But the upcoming provincial budget may be an inflection point for the province’s finances. While the pandemic and recession remain in full force, Premier Ford must start considering the long-term fiscal health of the province. Continuing the habit of uninterrupted deficits will leave the province even weaker when the next recession inevitably hits.

Last week’s fiscal update gave Ontarians a peek into the province’s fiscal trajectory beyond COVID. And it doesn’t look good. Premier Ford should look beyond the immediate challenges and begin developing a realistic path to budget balance over the next few years. Governments at Queen’s Park can’t keep kicking the can down the road.

Steve Lafleur and Jake Fuss are analysts at the Fraser Institute.