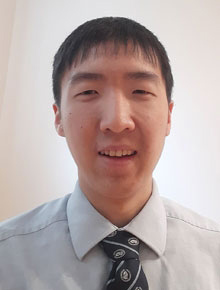 This spring, the Trudeau government will table its first budget since 2019. It’s expected to be an expensive one. In its last fiscal update in November, the government projected $620 billion in net debt accumulation over four years, driven by high levels of spending. On top of this new $620 billion in debt was another $70 billion to $100 billion in “stimulus spending” on things to be determined.

Even before the stimulus, much of the spending doesn’t pass a cost-benefit analysis and should be cut. But without question, Ottawa should axe the stimulus spending simply because it makes no sense.

Consider this. According to stimulus theory, the government—by spending more—will put more money into the pockets of Canadians who will spend the money and thus put more money into other people’s pockets, resulting in a “multiplier effect” where more and more economic activity occurs due to the government spending. So in theory, stimulus spending will improve GDP growth, create jobs, make Canadians better off and help the country recover from the COVID recession.

The empirical evidence, however, does not support this theory. A review of the research by a trio of Fraser Institute economists last year found that in general the “fiscal multiplier” of stimulus spending tends to be less than 1.0—meaning the government’s stimulus spending crowds out private-sector activity instead of increasing it. Why? Because stimulus spending does not improve economic productivity and is often poorly targeted so the government consumes resources that would otherwise have been employed by the private sector.

This conclusion was in line with work done (also last year) by researchers at the Mercatus Center at George Mason University who calculated, based on the results of more than two dozen academic studies, “an average multiplier at the low end of 0.31 and an average multiplier at the high end of 0.66.” A multiplier of less than 1.0, they noted, indicates the government ought to decrease spending to improve economic growth.

Alberto Alesina, a Havard professor and political economy expert who passed away in 2020, was among the most influential fiscal policy experts of recent years. Among his conclusions, based on his study of developed economies from 1970 to 2007, was that “spending increases meant to stimulate the economy and tax increases meant to reduce deficits are unlikely to achieve their goals.” Governments should instead tax less to improve economic growth and spend less to reduce deficits, which is exactly what Canada’s federal and provincial governments did in the 1990s, with great success.

Back in 1959, renowned American economics journalist Henry Hazlitt sarcastically wrote the following. “The people who have earned money are too shortsighted, hysterical, rapacious and idiotic to be trusted to invest it themselves. The money must be seized from them by politicians, who will invest it with almost perfect foresight and complete disinterestedness. For people who are risking their own money will of course risk it foolishly and recklessly, whereas politicians and bureaucrats who are risking other people’s money will do so only with the greatest care and after long and profound study.”

Again, Hazlitt was being facetious to make his point. His mock proposition is obviously absurd. But so too is the idea that Canadians would benefit from up to $100 billion in additional government spending—on top of what the Trudeau government already has in its fiscal plan.

Matthew Lau is an adjunct scholar with the Fraser Institute.