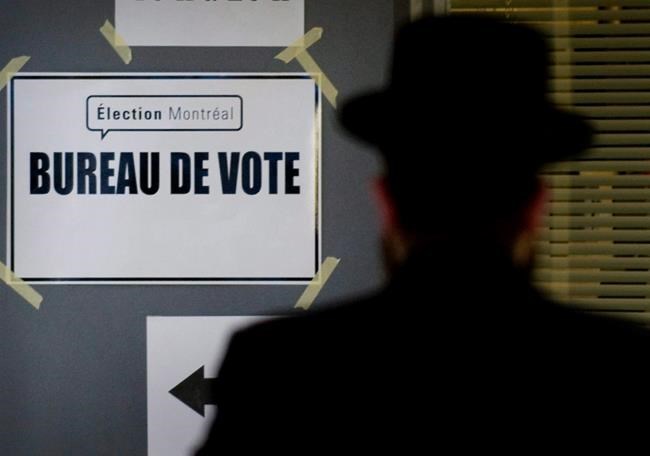 Montreal officials are looking into extending voting rights to more than 100,000 non-citizens in order to better integrate immigrants and encourage more racialized people to participate in municipal politics.

The idea isn't new: for years, Canadian cities such as Toronto, Vancouver and Saint John, N.B., have debated or proposed giving the vote to permanent residents — but none have succeeded in convincing provincial or federal governments to modify citizenship and voting laws.

Montreal can "show leadership" on this issue and rekindle the debate in the country, according to an April 19 report by the city's committee on social development and diversity.

"Granting voting rights to permanent residents is one of the ways to foster political participation and ensure better representation of the various groups that form society," the report said.

"Montreal, the city that welcomes the largest number of immigrants to Quebec each year, should ensure it reflects the diversity of its population."

The committee, composed mostly of elected officials from the two main parties at city hall, wants Montreal to publicly affirm its desire to grant voting rights to permanent residents who have lived "for at least 12 months on the territory of the city of Montreal." It also wants the city to lobby the provincial and federal governments to change laws to allow non-citizens to vote in municipal elections.

The idea has its critics. Frederic Bastien, history teacher at Montreal's Dawson College and former leadership candidate for the Parti Quebecois, says allowing non-citizens to vote could endanger the foundations of the nation state.

He says citizenship comes with an understanding of the culture, language and history of a country, adding that the idea could be a political strategy by Mayor Valerie Plante ahead of next November's municipal election.

“It is part of a series of gestures from the Plante administration," Bastien said in a recent interview. "It’s a 'woke' trend among Projet Montreal and it’s a toxic vision of social and public life," he added, referring to Plante's political party.

Chris Erl, doctoral candidate in McGill University's geography department who researches municipal politics, disagrees that granting voting rights to marginalized communities would undermine the country's democratic values. Rather, he said, doing so would provide a voice for many people who have been excluded from politics.

“Where all the political parties have failed in the past is in recruiting candidates from communities of colour,” Erl said. “Something like this could certainly help inspire people that may feel isolated from the political system to get involved.”

He said he questions the fairness of refusing to allow people who are actively engaged in the urban life of a city the right to select those who represent them in office.

“People need to look at this from the very basic idea that their neighbours, who might not have citizenship, are paying the same property taxes, they use the same services and they have the same ideas and opinions about how the city could be better run, so why shouldn’t they be able to send people to city hall to make decisions?” Erl said.

The city's diversity committee noted that permanent residents compose about 9 per cent of Montreal's population, equalling about 170,000 people — roughly 105,000 of whom would qualify as voters.

Montreal's city administration says it's interested in letting non-citizens vote in order to attract more people to the political process — especially immigrants. Voter turnout in the 2017 municipal election was 22 per cent in Cote-des-Neiges—Notre-Dame-de-Grace, the most ethnically diverse borough in the city, according to government data.

But it's unclear what the Quebec and federal governments think of Montreal's idea. A spokesperson for Quebec's municipal affairs minister didn't return a request for comment. And Corinne Havard, spokesperson for federal Intergovernmental Affairs Minister Dominic LeBlanc, said Ottawa doesn't play a role in municipal elections and directed questions about reforming voting laws to the Quebec government.

Montreal doesn't seem interested in pushing the issue at the moment — at least not ahead of November's city election.

Genevieve Jutras, spokeswoman for Plante, said the city will take its time to examine the report, adding that it is up to the provincial government to modify voting rights.

“The administration doesn’t have the intention to request a modification before the next municipal election,” Jutras said.

This report by The Canadian Press was first published on April 26, 2021.