By Christopher Reynolds, The Canadian Press — May 12 2021 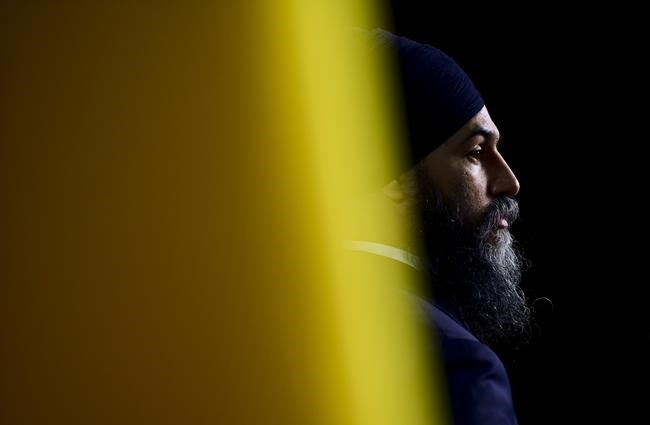 OTTAWA — NDP Leader Jagmeet Singh is calling on the federal government to halt arms sales to Israel amid escalating violence in the region.

At a news conference Wednesday, Singh said Canada must apply pressure to ratchet down the spiralling conflict in East Jerusalem, Gaza and the West Bank and prevent more guns from deployment in clashes he says breach international law.

"By arming one side of the conflict it is undermining the peace process and it is supporting illegal occupation," he said during question period later that day.

Prime Minister Justin Trudeau responded by asking all sides to protect civilians and end the violence, saying rocket attacks against Israel as well as violence at an iconic mosque are "unacceptable."

"Canada supports Israel’s right to assure its own security," he said. "Places of worship are for people to gather peacefully and should never be sites of violence."

Government data shows Canada sent $13.7 million in military goods and technology to Israel in 2019, or 0.4 per cent of total arms exports, suggesting an embargo would have limited leverage.

Dozens have died after Palestinian militants launched rockets from Gaza and Israel unleashed new air strikes against them this week, an escalation triggered by soaring tensions in Jerusalem and days of clashes at the Al-Aqsa Mosque — built on a hilltop site sacred to Jews and Muslims in the holy city.

"I think it's been pretty unanimous," he said Wednesday in an interview.

"The tension comes from external conflation between what is happening by the (Prime Minister Benjamin) Netanyahu government ... and anti-Semitism."

Green said dealing arms to countries that abuse human rights is a violation of international law.

"And what we've seen in Sheikh Jarrah, the flash bombs in the Al-Aqsa Mosque — I can't fathom a scenario where a group of people would throw flash bombs into the Vatican."

He also highlighted concerns around the continued expansion of settlements and evictions — an issue raised by Trudeau on Wednesday as well.

Ahead of the NDP convention, more than 40 NDP riding associations endorsed a particularly contentious resolution that opposed a working definition of anti-Semitism set out by the International Holocaust Remembrance Alliance (IHRA), arguing it is used to chill criticism of Israeli policy.

In response to the would-be resolutions, party members from 17 ridings — including some of those whose electoral district associations are against the IHRA definition — signed a letter sent to NDP riding presidents and obtained by The Canadian Press.

"The NDP policy convention, where at least 99 per cent of attendees will not be Jewish, is neither the time nor the place to debate a resolution that condemns the definition of this pervasive hatred for the Jewish people," the March 26 letter stated.

The resolution never made it to the virtual floor for a vote.

Gaza's Health Ministry says more than 65 Palestinians have been killed in Gaza since Monday, including 16 children, in the most severe outbreak of violence between Israel and the Gaza Strip since a 2014 war.

This round of violence, like previous ones, was fuelled by conflicting claims over Jerusalem, home to major holy sites of Islam, Judaism and Christianity. The rival national and religious narratives of Israelis and Palestinians are rooted in the city, making it the emotional core of their long conflict.

This report by The Canadian Press was first published May 12, 2021.

— With a file from The Associated Press