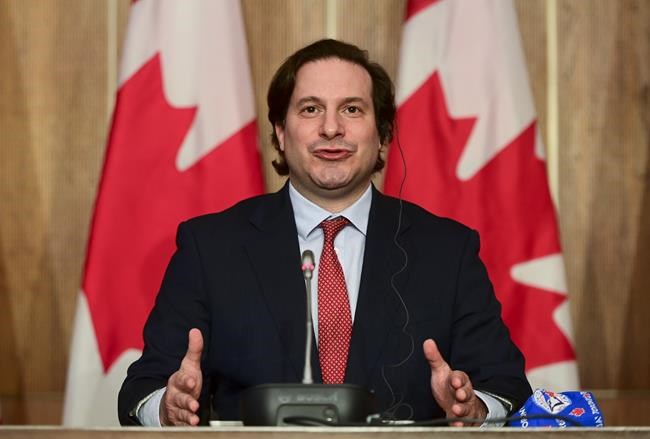 The policy applies to people currently in Canada, and anyone who made a refugee claim after these two disasters happened is also eligible to apply under the new policy.

Mendicino said the federal government is introducing this public policy, which will remain in place until May 11, 2022, to demonstrate compassion and solidarity with the families in their efforts to seek justice.

"I've had the privilege of speaking with some of the families were related to the victims of flight PS752. Grief and anguish is real and ongoing," he said.

"Families are in pain. They still ask questions."

Kourosh Doustshenas, whose partner Forough Khadem died in the crash, said the association that represent the families of the victims welcomes the new policy.

"We appreciate the government of Canada is taking these steps to support the families," he said in an interview with The Canadian Press.

Fifty-five Canadian citizens and 30 permanent residents were among the 176 people killed when a Ukrainian jetliner was shot down by an Iranian surface-to-air missile minutes after taking off from Tehran on Jan. 8, 2020.

The Ethiopian Airlines passenger plane crashed near Addis Ababa on March 10, 2019, claiming the lives of 157 people, including 18 Canadians.

Mendicino said the new program provides a pathway to permanent residency to people whose loved ones made Canada their home before being so suddenly taken.

Applicants may still be eligible even if they have entered Canada without the required visa or other documents, failed to comply with certain conditions or have worked or studied without being authorized under the Immigration and Refugee Protection Act, he said.

Doustshenas the government should allow family members outside of Canada to apply.

"We are hoping (the government) will expand (the new policy) to be more inclusive," he said. "We want to make sure other people who are not in Canada also get the chance to travel here and apply for permanent residency."

He said the policy should be expanded to include the families of Iranian students who where among the victims of the plane shootdown and had the intention to work and live in Canada after graduation.

Mendicino said his department is working on further measures to facilitate permanent residence applications for certain members of victims’ families who are currently outside Canada, and it will provide updates on this once those measures are in place.

Former Liberal public safety minister Ralph Goodale, who was named Canada's special adviser on the response to the crash, released a report on the downing of Ukraine International Airlines Flight 752 in December concluding that it's vital it is for the investigation into this air disaster to be transparent to ensure accountability.

Ten Iranian officials were indicted over the shootdown of a Ukrainian passenger plane by Tehran military prosecutor Gholamabbas Torki, who avoided naming those responsible when he announced the indictments last month.

Doustshenas the families of the victims can't trust the Iranian justice system because the Tehran military prosecutor didn't disclose the names of those charged, nor the alleged offences.

"We are hoping through an independent investigation by Canada and other countries, we can finally get to the bottom of that and find the truth."

Prime Minister Justin Trudeau said last month that Canada would work with the international community to reform aviation standards and to ensure the families of victims "get closure, get compensation and mostly get justice from Iran."

This report by The Canadian Press was first published May 13, 2021.