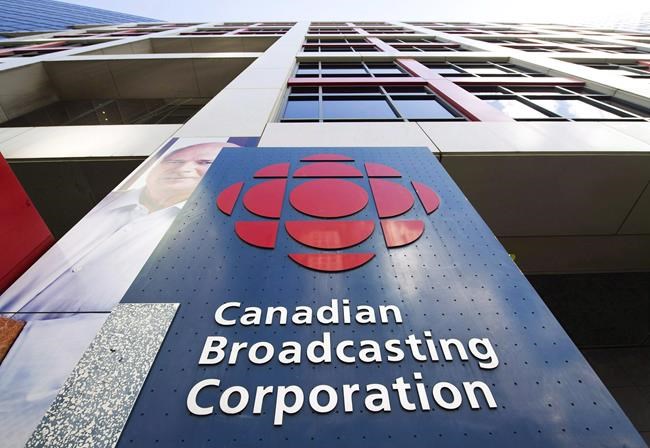 TORONTO — The Conservative party was within its rights to use CBC news footage for election attack ads that depicted Prime Minister Justin Trudeau in a poor light, Federal Court ruled on Thursday.

In his decision, Judge Michael Phelan found the party's use of the material on television and in four tweets in the run-up to the 2019 vote amounted to "fair dealing."

As such, Phelan found, use of the material did not infringe CBC's copyright as the broadcaster had claimed.

"The ultimate purpose was to mount a political campaign to secure votes to form a government," Phelan wrote. "The purpose was one of engaging in the democratic process. The evidence is that the use of the CBC works was for this legitimate political purpose."

At issue were a Conservative ad and tweets that used clips from CBC news programming and from the leadership debates. The ad, for example, showed Trudeau asking the viewer to "look at what we've done" along with news clips that invited unfavourable conclusions about his performance.

The CBC insisted such use of its material could compromise its journalistic integrity and impartiality. Phelan showed some sympathy for the complaint.

"The CBC, as a state owned enterprise, is being reasonable in its concern to neither be, nor appear to be, politically partisan," Phelan said. "There is no evidence to support the accusation that CBC is acting irrationally in protecting its rights."

Although he found the Conservatives had used the CBC material in a way that could infringe copyright, Phelan also noted the Copyright Act has an exemption for an "allowable purpose" that includes criticism or satire. However, use under the exemption must be fair, which Phelan concluded it was given the context of political debate.

"The nature of the work, being news or news-like content, favours a fairness conclusion," he said.

The broadcaster had also failed to show it suffered any actual harm, the judge said. Hypotheticals, he said, didn't cut it.

"There may be situations in the future where the manner of use and distribution of CBC material may adversely affect the CBC; however, that is not the case here," Phelan wrote. "Fear and speculation cannot ground a finding of unfairness."

Janet Fryday Dorey, executive director of the Conservative party, welcomed the ruling, calling it a "clear win" for democracy.

"The Conservative party also recognizes and respects the important role media play in our democracy," Fryday Dorey said in a statement. "We're pleased that today’s decision brings greater clarity for everyone around the relationship between copyright law and political criticism."

The public broadcaster had initially wanted an injunction barring the Conservatives from ever using its news material but ultimately asked only for the court to find its rights had been breached. The Conservatives wanted the case dismissed.

Because the party pulled the ad when CBC complained, Phelan found the dispute moot. He nevertheless decided to rule, saying the situation was likely to arise again and that it was best to sort it out now — outside the pressure cooker of an election campaign.

"One of the most powerful techniques in any advocacy is to turn an opponent's works and actions back on them," Phelan wrote. "One of the fastest and easiest techniques is to use video and audio excerpts to convey that message."

The case was one of the first times a Canadian court had been asked to adjudicate a copyright dispute between a news organization and a major political organization.

This report by The Canadian Press was first published May 13, 2021.