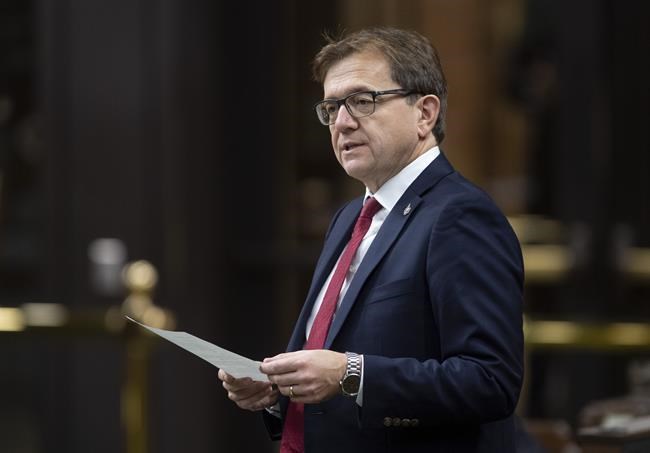 A coal company is asking Federal Court this week to toss out a decision by Canada's environment minister that a proposed Alberta mine expansion should get a full federal environmental review.

"(Wilkinson's) reasons are silent as to the legal and factual bases on which the minister decided to consider the unrelated projects together," say Coalspur's written arguments.

"Even if the minister did not require a sufficient connection, he failed to explain what alternative standard he applied to reach his decision."

The environmental law firm Ecojustice argues legislation enables the minister to consider the cumulative effects of projects. It says Coalspur's plans far exceed the production threshold that triggers a federal review and come very close to crossing the size threshold.

Quashing the review, Ecojustice says, would give companies a green light to split up future plans into smaller projects to avoid a more extensive federal review.

"A precedent ... could incentivize proponents to provide limited information in regards to a proposed project, or otherwise to engage in project-splitting."

Coalspur has two proposals for its Vista mine near Hinton, Alta. One is an underground mine and the other an expansion that would make its existing surface operation Canada's largest thermal coal mine.

The company says the two plans are unrelated and that one could easily proceed without the other. It denies is it project-splitting.

"There was not an iota of evidence before the minister to support his theory that Coalspur artificially separated the projects for the purpose of avoiding any assessment, federal or otherwise," it says.

The underground mine footprint would be small. The surface mine, however, would come within a whisker of increasing the existing operations by 50 per cent, a level at which Ottawa would automatically step in.

Coalspur says it was originally told by the Impact Assessment Agency of Canada that neither the underground nor the surface projects would require federal involvement. In December 2019, Wilkinson agreed — then reversed himself seven months later.

Coalspur argues that decision was the result of heavy lobbying. It says impacts to areas under federal jurisdiction are small and could be handled by an Alberta review. It says Wilkinson's reversal impinges on the province's rights.

A federal review could delay the project and its economic benefits by more than four years, Coalspur says.

Ecojustice, representing several environmental groups, said Coalspur failed to tell the minister about the underground project before he made his initial decision. That project raises concerns about cumulative effects, as well as factors such as Indigenous consultation and the increase in public concern over coal-mining in Alberta.

"Coalspur ignores the purpose of cumulative effects assessment, which is to look at the projects in their real-world context, rather than in isolation, in order to assess their true impacts," Ecojustice argues.

Ecojustice says the minister's decision to step in was also informed by public concern and by possible effects on fisheries and migratory birds — both federal responsibilities.

"A high degree of public concern about the Vista Expansion Phase’s effects, including on air, groundwater, fish, migratory birds, and species at risk, was both summarized by the (assessment agency) and before the minister when he made his decision," it says.

Arguments in the case are expected to wrap up this week.

This report by The Canadian Press was first published May 19, 2021.