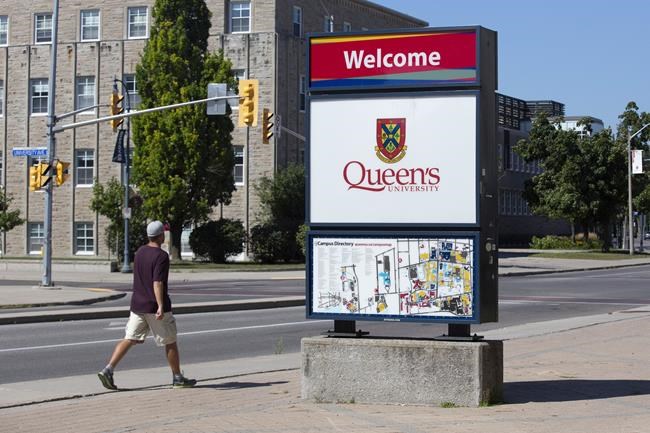 Queen's University has become embroiled in an increasingly public dispute over whether some of its faculty and other associates are falsely holding themselves out to be Indigenous, thereby harming the cause of First Nations people.

An anonymous report into the identity claims posted on social media earlier this month takes specific aim at six academics and others associated with the school it says are not genuinely Indigenous.

"Our findings confirm that Queen’s University is currently overrun with white Canadians making false claims to Indigenous — especially Algonquin — identity," the report states. "We are confident that our thorough research has focused on six of the most prominent and harmful cases, most of whom play inordinate roles as 'Indigenous' gatekeepers on campus."

The authors of the report, titled “Fraudulent Claims to Indigenous Identity at Queen’s University,” said they had done extensive genealogical research. They provided ancestry details to back up their allegations against the six, who primarily claim Algonquin identity.

In response, Queen's on Friday rejected the "malicious allegations," calling them misleading and factually inaccurate. In an unsigned statement, the school said it stood by its people.

"The university respects and trusts the Indigenous protocols used to identify those it considers Indigenous," the statement said. "The individuals identified in the document are welcome, active and respected members of the Indigenous and academic communities within the university."

The university also said it was investigating the origins of the document and would take appropriate action to support those whose professional reputations were maligned.

The school's statement prompted an open letter on Monday from "Collective Indigenous Scholars" denouncing the response. The letter, signed by dozens of people, said universities have a financial and legal incentive to inflate their Indigenous hiring numbers.

It also denounced "fantasies of white/European settler self-Indigenization" as a concerted effort by colonizers to eliminate and replace native peoples dispossessed through genocide.

"We stand unanimous in asserting that there is a larger issue here that Queen's, along with many other academic institutions in Canada, blatantly refuse to address," the letter states. "It is unacceptable for universities to simply use an honour system when it comes to verifying the legitimacy of claims made by any faculty, staff or students claiming to be Indigenous."

Lynn Gehl, an Algonquin Anishnaabe activist from Peterborough, Ont., who signed the letter, said all institutions and universities need to "decolonize." Falsely claiming Indigenous heritage is no way to help in that battle, she said.

"We're concerned with Algonquin sovereignty issues and we don't need non-Indigenous people to lead the way," Gehl said in an interview. "They need to get out of the way, or make room for us, or stand behind us and push us forward. That's what the letter is doing."

The anonymity of the report doesn't mean it's allegations are unsound, she said.

"Sometimes, the most important knowledge has to come out anonymously because people are afraid," Gehl said.

On Tuesday, the school released a new, more expansive statement — signed by its provost, Mark Green, and Janice Hill, an associate vice-principal — in which it strikes a more conciliatory note.

"(Queen’s) agrees with many of the challenges facing Indigenous communities outlined in the Collective Indigenous Scholars’ statement," they said. "As Indigenous members of the Queen’s community, we understand this is a very complex issue and this recent discourse has been both difficult and upsetting."

At the same time, the school said it was still concerned by the anonymous report, and denied its rejection of the allegations was simply knee-jerk.

"Being privy to authentic personal records, were able to assess and determine that the report had cited erroneous records and ignored important facts," the statement said. "The individuals in question are accepted and respected members of Indigenous community, accepted by Indigenous leaders, elders and the Indigenous Council of Queen’s University."

Green and Hill acknowledged Indigenous identity is a "complex issue" that is the focus of rigorous and intense debate, particularly as it relates to equity hiring.

None of those named in the anonymous report responded to a request for comment.