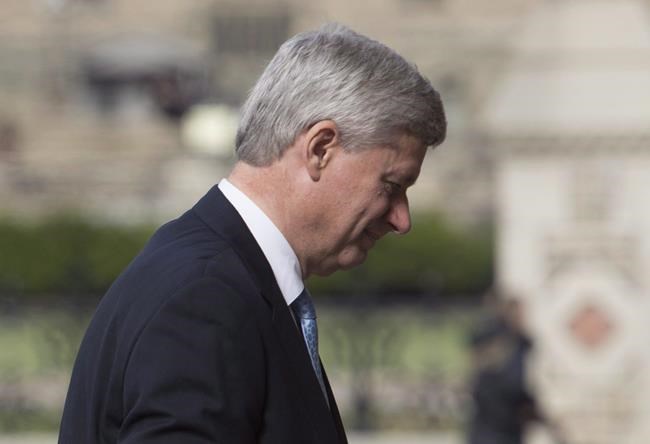 Governments around the world should shun Iran's incoming president based on his long-standing record of human rights abuses, a former Canadian prime minister  argued Saturday in a speech to an international conference on the state of the middle-eastern country.

The judiciary chief is set to formally take power next month, becoming the first serving Iranian president sanctioned by the U.S. government even before entering office in part over his involvement in the mass execution of thousands of political prisoners in 1988.

"Ebrahim Raisi is a criminal, guilty of crimes against humanity. He is a living symbol of the folly of trying to appease (Supreme Leader Ayatollah Ali Khamenei's) regime," Harper said during his brief speech.

"Shame on any government in the world that would sit down and try to negotiate anything with an administration led by Ebrahim Raisi."

Raisi, a protégé of the supreme leader, vaulted to Iran's highest civilian position in a vote that saw historically low turnout after his strongest competition was disqualified by a panel under Khamenei.

Harper said this "sham" election shows how efforts to salvage the since-tarnished 2015 nuclear deal with Tehran have only emboldened extremist forces.

"All pretenses of a so-called moderate candidacy were dispensed with," said Harper, who served as Canada's prime minister from 2006 to 2015.

"The government I led was never fooled by the supposed existence of a phantom moderate faction."

Harper, whose Conservative government severed diplomatic ties with Iran in 2012, has been a vehement critic of the nuclear deal.

Prime Minister Justin Trudeau's Liberals have supported the agreement, which puts limits on Iran's ability to develop nuclear weapons in exchange for some relief from sanctions.

But the nuclear deal foundered in 2018 when former U.S. president Donald Trump pulled out of the agreement, a decision Harper publicly backed.

President Joe Biden and his team have made a U.S. return to the deal one of their top foreign policy priorities.

But hopes that the agreement could be revived and expanded were dashed shortly after the vote that saw Raisi named Iran's president-elect.

Raisi has rejected the possibility of meeting with Biden or opening negotiations on Tehran's ballistic missile program and support of regional militias.

This report by The Canadian Press was first published July 10, 2021.

— with files from the Associated Press