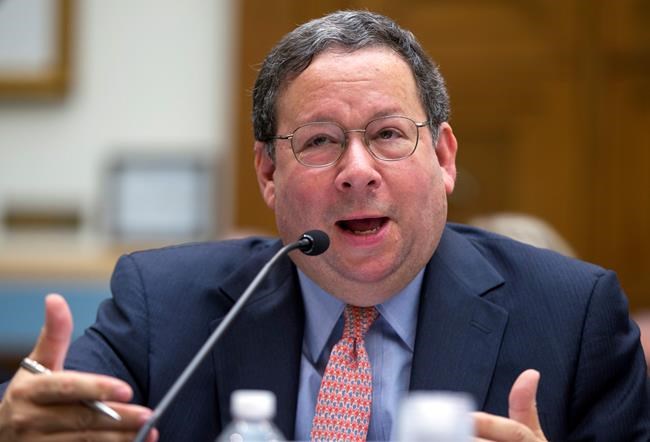 WASHINGTON — President Joe Biden has nominated David Cohen, a tech executive who once served as chief of staff to the mayor of Philadelphia, to be his ambassador to Canada.

Cohen, a lawyer, lobbyist and fundraiser who currently serves as a senior adviser to the head of U.S. communications giant Comcast, had long been pegged as the likely nominee.

In addition to a number of roles in a variety of Comcast departments, a White House biography says Cohen also served as the company's chief diversity officer.

But he's no stranger to political circles: in addition to serving as the company's primary lobbyist, Cohen spent five years as chief of staff to Philadelphia mayor Ed Rendell in the 1990s.

In a statement, Greenwood pointed to the mismatched travel restrictions between the two countries, as well as the "road map" for closer bilateral ties that Biden announced in February with Prime Minister Justin Trudeau — one she said will require careful navigation.

"The need to return to a well co-ordinated, reciprocal border management process is more acute than ever, and the road map announcement by the president and the prime minister needs our top navigators in the front seat to turn its ambitious goals into reality."

Word of Cohen's nomination happened to come on the very day that the Department of Homeland Security extended COVID-19 travel restrictions at the Canada-U.S. land border.

Stakeholders and a growing chorus of U.S. lawmakers are upset with the decision, since Canada announced earlier this week it would start letting fully vaccinated U.S. citizens and permanent residents back into the country as of Aug. 9.

In a statement of his own, Cohen said if confirmed, he would look to grow "the important relationship" as both countries look to rebound from the pandemic.

In other long-awaited nominations, Biden also named Victoria Reggie Kennedy, a prominent D.C. lawyer and widow of U.S. Sen. Ted Kennedy, to be his envoy to Austria, and Jamie Harpootlian to take up the post in Slovenia.

Not everyone was taken with the names, however.

Brett Bruen, a consultant and former U.S. diplomat who worked as an adviser in Barack Obama's White House, complained on Twitter that the postings are too important to be treated as patronage appointments.

"Disappointing to see someone with absolutely no diplomatic experience sent to manage them in Ottawa," Bruen tweeted. "Discouraging Biden continues to treat these serious national security positions as though they are political party favours."