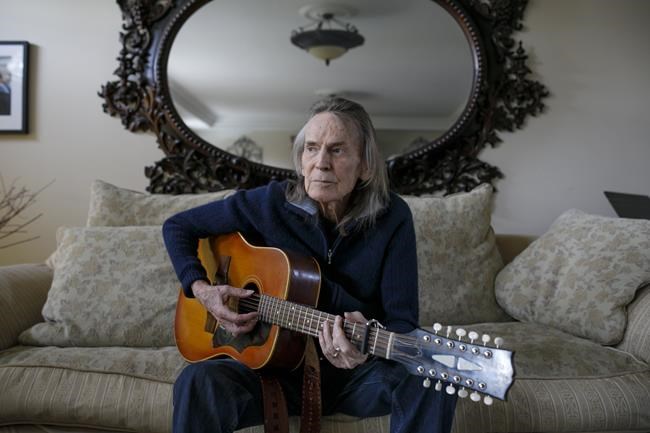 TORONTO — Gordon Lightfoot is recovering after a fall at his home last week caused him to fracture his wrist.

The "If You Could Read My Mind" singer-songwriter has been forced to postpone a number of upcoming tour dates after undergoing emergency surgery at Sunnybrook Hospital in Toronto.

Victoria Lord, a representative for Lightfoot, said Monday it's expected he will take eight weeks to recover.

"He's still rehearsing. They're still working with the band but he obviously can't play right now."

Most of the 82-year-old's postponed shows are in the United States, with some already rescheduled for early 2022.

A single show on Aug. 20 at Casino Rama in Orillia, Ont., has also been affected but not rescheduled yet.

Lightfoot's team is optimistic he will return to the stage early this fall, Lord said, noting that a Sept. 30 concert in Fredericton, N.B. is still on the calendar.

They also anticipate he'll be back in shape for a three-night run to mark the reopening of Toronto's Massey Hall on Nov. 25 to 27.