Reining in Drug Prices, Before Pharmacare Slips Away 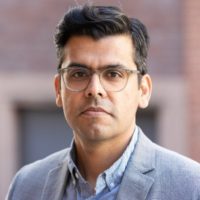 To the dismay of many, this election thus far has had little mention of pharmacare. The NDP has re-iterated their support for a universal, public program to start as early as next year, while the Conservatives have no platform mention of it at all, and the incumbent Liberal’s absence of timelines in this week’s platform and recently rekindled relationships with the pharmaceutical industry are raising alarms that the long-awaited program may be slipping away.

Canadians will be the losers if progress is abandoned.

Per person, Canada spends more than almost every other high-income country in the world on prescription drugs. One household in four, amounting to millions in Canada, struggle to take the medications they need because of cost, with many forgoing food or heat to cope with high prices. This was true prior to COVID-19, now made worse with Canadians twice as likely to have lost drug coverage than as to have gained it.

What does this halo-effect for the multi-national pharmaceutical manufacturing sector have on Canada’s chronic crisis of medication affordability? How do we reconcile the narrative of big pharma as the hero with the unhappy stories of families who cannot afford their medications?

That depends largely on whom you ask.

Brand-name pharmaceutical companies have long argued that their high prices for therapies are necessary to fund research and development (R&D). Yet, for coronavirus vaccines, R&D has been heavily subsidized by the public that then pays a second time for the end-product. Moderna was the recipient of billions of dollars from the US government early in vaccine development. Oxford/AstraZeneca vaccine research was at least 97% publicly funded. And the Pfizer-BioNTech vaccine counts as a patron, the German public.

Here at home, there is a similar pattern of public investment underwriting private drug development. Looking at federal and provincial tax credits alone, drug companies have in the past, recouped nearly half of their research expenditures, all the while generating soaring revenues. Despite these public subsidies and record profits, drug prices keep rising, research investments continue to drop, and governments have little to show for their public contributions that support scientific discoveries.

Canadian policymakers were once convinced there would be a link between what we pay for drugs and how much the pharmaceutical industry invests in research. More than three decades ago, a federal regulatory agency, the Patented Medicine Price Review Board, was established to protect consumers from high drug prices, while ensuring a fair arrangement so that industry would expand R&D. The deal was to benchmark Canadian drug prices to countries like the US with intensive research productivity. Allowing higher prices was expected to ensure more research would be done in Canada. It did not work out that way. In 1998, R&D spending was 11.5 % of pharmaceutical sales. In 2019 only 3.9% of industry revenue was invested in R&D.

Guided by evidence that there is no link between drug prices and a company’s R&D, four years ago, Canada released a policy document entitled “Protecting Canadians from Excessive Drug Prices.” A blueprint that would save billions of dollars on prescription drug spending, it continues to be fought, delayed and weakened by drug companies and government-relations firms working on their behalf. The rapprochement between big pharma and the federal government appears to be threatening the largest expansion of medicare since its inception – universal, public pharmacare.

The pandemic has demonstrated more powerfully than ever that society depends on a thriving sector devoted to pharmaceutical R&D, and manufacturing. Canada’s weakness in biomanufacturing, for example, has caught some by surprise. But as we look to enhance Canada’s role in drug development, this is the time for a conversation about who benefits from public investments in research. We are overdue a renewed relationship among government, academia, and industry. A re-imagined relationship should ensure wise stewardship of the intellectual property that accrues when new medicines and technologies are discovered with the support of public funding. This must include mechanisms to safeguard public benefits including fair pricing of pharmaceutical products.

Canada has long suffered from a broken pricing regime for prescription drugs. Now is the time for a new regime, one that supports the scientific community, encourages economic development and job creation, all the while recognizing that the cost of progress in pharmaceutical discoveries should not be borne by those who can least afford it.

Dr. Danyaal Raza is an Assistant Professor at the University of Toronto, Past Chair of Canadian Doctors for Medicare and a family physician at St. Michael’s Hospital, Unity Health Toronto. He is also a Broadbent Institute Policy Fellow.