US-Russia set 2nd round of strategic talks under Biden admin 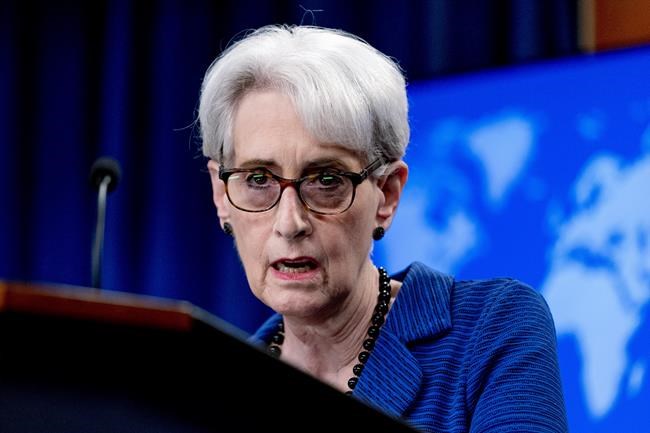 WASHINGTON (AP) — The United States and Russia will hold their second round of strategic talks later this week as the two sides attempt to resolve myriad differences ranging from nuclear weapons to cyberspace, the State Department said Monday.

The department said the Biden administration’s second-ranking diplomat would lead the U.S. delegation to the talks with Russia in Geneva, Switzerland on Thursday. Deputy Secretary of State Wendy Sherman will head an interagency delegation to the gathering, which follows an initial meeting in July at which little progress was made. The first meeting took place after Presidents Joe Biden and Vladimir Putin agreed at a summit in June to restart talks.

The State Department said the two side intended “to have a deliberate and robust dialogue that will seek to lay the groundwork for future arms control and risk reduction measures.” It gave no additional details but said Sherman would travel from Geneva to Bern and then to Uzbekistan and wrap her trip up in nuclear-armed rivals India and Pakistan.

After the first round of talks in July, the U.S. said the discussions with the Russian delegation headed by Deputy Foreign Minister Sergey Ryabkov had been “substantive and professional” but had produced little in the way of substantive results except for an agreement to meet again.

A senior State Department official who participated in those talks said the U.S. was pleased with the initial exchange and hopeful that it would be the start of a “sustained and productive dialogue” on arms control and other strategic issues.

The official told reporters the agenda was not strictly confined to traditional nuclear arms control, but also delved into the use of space and artificial intelligence as well as cyber matters, although the cyber discussion was focused on strategic issues and nuclear weapons and not ransomware or hacking.

The official said the Russians, as expected, raised concerns about American missile defenses, and the American side responded with Washington’s usual argument that those systems are not aimed at Russia but rather at threats posed by Iran and North Korea.