‘Sort Of’ is about transition in all walks of life, says star/co-creator Bilal Baig 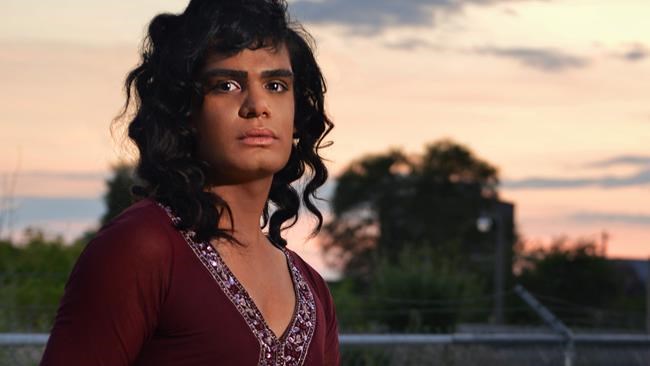 TORONTO — In deciding to not only co-create but star in a comedy series about a gender-fluid millennial nanny in Toronto, Bilal Baig was nervous.

The queer, transfeminine, Muslim playwright says they trained as an actor in theatre school but "have a very complicated relationship to performance" and "struggle with visibility and being looked at."

Thinking about the potential impact of "Sort Of" — picked up by CBC in Canada, HBO Max in the United States and distributors in several other countries —helped them push through.

"What really helped address those nerves was just around what this show could mean if a body and an identity like mine fills that lead role: What messages can it send to the world? What healing vibes might it provide for queer and trans communities that are searching for fair and honest, authentic representation?" Baig, whose pronouns are they/them, said in a recent phone interview.

"That felt really noble, actually. And I was like, 'I think I can work through my own insecurities and doubts and fears to be in service of this.'"

The result is a groundbreaking half-hour show featuring one of the first non-binary lead characters on North American mainstream TV, with Baig billed as Canada's first queer South Asian Muslim actor to star in a prime-time TV series.

Debuting Tuesday on CBC Gem, Nov. 9 on CBC-TV and sometime this fall on HBO Max in the United States, "Sort Of" is co-created by fellow Toronto-raised actor-writer-producer Fab Filippo, whose acting credits include "Queer as Folk," "Billable Hours" and "Ready or Not."

Baig plays Sabi Mehboob, a 25-year-old Pakistani-Canadian who plans to leave their nanny job in Toronto and move to Berlin with best friend and artist 7even, played by Amanda Cordner.

When an accident injures the wife of the couple Sabi works for, played by Grace Lynn Kung, Sabi considers staying to help the husband, played by Gray Powell.

"The HBO Max involvement, plus some of the international sales we've made with this show, just really affirmed this notion that somebody like Sabi can be in every person," said Baig, whose debut play "Acha Bacha" premiered in 2018 with a queer Muslim protagonist.

"If people are able to let Sabi into their homes a bit, then they can actually engage with a character like that and talk about what it might mean to be someone like Sabi in this world."

Production took place under COVID-19 protocols last year in Toronto, with diversity "in every aspect" of the team, said Baig.

Baig said they and Filippo first started talking about the eight-episode project after performing together in the Toronto play "Theory" in 2018.

Filippo proposed a character loosely inspired by Baig. Baig wanted Filippo to also have an "in" to the story.

That's when Powell's character emerged and the co-creators discussed "what it means for somebody like Paul to be in a close working relationship with somebody like Sabi," said Baig, who grew up in various parts of the Greater Toronto Area.

"I really fell in love with this idea of looking at all our characters as they navigate and move through transition," added Baig.

"I want that word to be a word that isn't so sectioned off to one community in our world. While I totally understand that transitions look different, and our world also doesn't treat them all equally, I think it's not a bad word. There's nothing wrong about that word. And my hope is that all people can embrace it, because I think we all are always transitioning and evolving."

The co-creators worked with "a handful of consultants who are all on the spectrum of transness," including a psychologist, said Baig.

Baig feels "there's something going on culturally where, particularly for trans and non-binary people, we're in a movement."

"I'm here for it, I want to push it forward," they said. "Sometimes it feels like we're erased from conversations entirely, or we're seen as the educator and the person with all the information. But that's also, in another way, another dehumanizing kind of thing. Because if I'm just your educator, you're not actually engaging with me, you're taking the information you need and then doing whatever you want with it.

"But what about that human person with a beating heart and a thinking mind right in front of you that you can actually engage with? And that's, I think, where we really need to go for all people if we're thinking about where we'd like our world to be."

This report by The Canadian Press was first published Sept. 30, 2021.