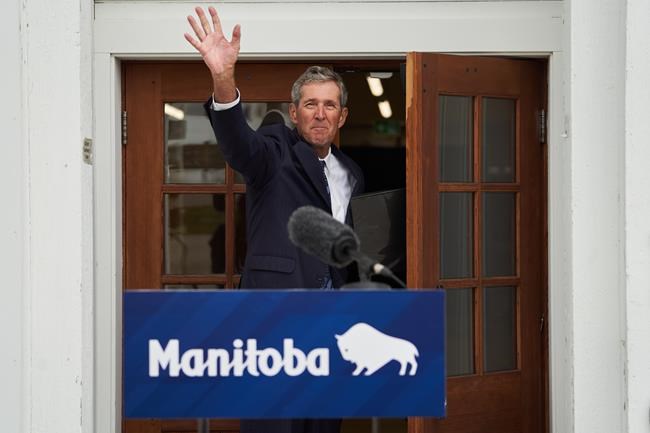 WINNIPEG — Former Manitoba premier Brian Pallister has resigned from his legislature seat, putting a formal end to his political career.

The move comes almost five weeks after Pallister stepped down as premier and means a byelection will be held in the Fort Whyte constituency — a Progressive Conservative stronghold.

Pallister had already indicated he would quit his seat before the fall sitting of the legislature, which is to start Wednesday.

The Tories are set to choose a new leader Oct. 30 and will decide between former health minister Heather Stefanson and former member of Parliament Shelly Glover.

Pallister, who is 67, left the premier's office amid low polling numbers and controversy over his government's handling of the COVID-19 pandemic.

The Tories also faced criticism over Pallister's plan to eliminate elected school boards — a plan that both Glover and Stefanson have said they will not adopt.

"I leave my seat in the legislative assembly excited to see Manitoba on the eve of having our first woman as premier," Pallister said in a prepared statement Monday.

"I am confident that they will continue to represent the principles and values of our party, and seize the opportunities to lead our province in post pandemic recovery."

Pallister said last month he planned to return to financial planning and to spend more time with his family.

This report by The Canadian Press was first published Oct. 4, 2021.