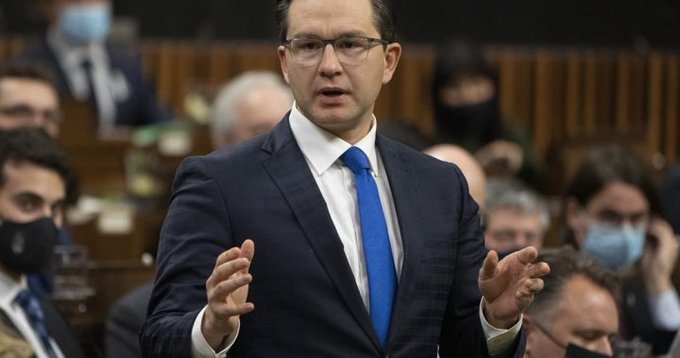 Fundraising calls on behalf of Conservative Party HQ have asked members if Pierre Poilievre would restore their “faith” in the party after Erin O’Toole’s ouster, Global News has learned.

The calls have led to multiple complaints from the rank and file that Poilievre’s name was being floated in party fundraising calls, a Conservative source said. The Conservative Party apparatus – including the current House of Commons leadership team under Candice Bergen – is expected to stay neutral during leadership contests.