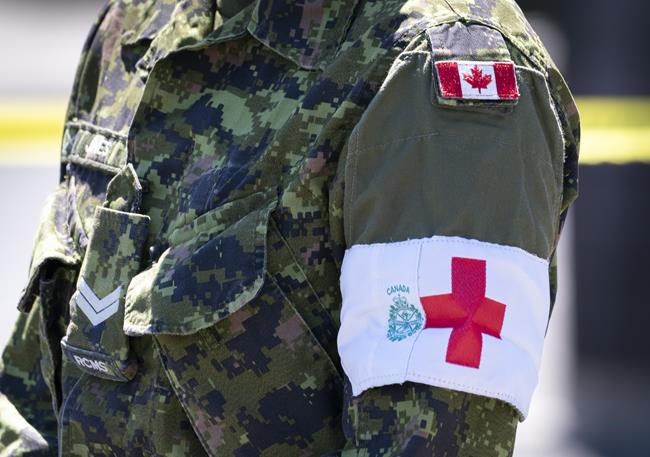 OTTAWA — Canada’s military ombudsman is joining the chorus of those accusing the Canadian Armed Forces and Defence Department of failing to address long-standing barriers to recruit and retain more women, visible minorities and Indigenous people.

Gregory Lick says in a new report that the military and department have adopted numerous initiatives over the last 20 years to increase the share of Armed Forces members who come from those underrepresented groups.

The moves followed several human-rights decisions and the passage of employment equity laws, amid a growing disconnect between the makeup of the military, predominantly composed of white males, and the rest of the country’s population.

Yet the ombudsman found those initiatives resulted in little progress on increasing representation from underrepresented groups, with the military consistently falling far short of its own targets.

“I am adamant that in order to not repeat the same mistakes, the Department of National Defence and the Canadian Armed Forces need to do things differently,” Lick said in a statement Monday.

“Fresh and creative thinking is required. Rehashing former initiatives simply will not cut it. Period. We will continue to monitor developments within the defence community in order to inform our own next steps on this matter.”

The ombudsman’s report comes weeks after a panel of retired Armed Forces members released the results of its own review, which took the military to task for not acting on dozens of previous studies and reviews of racism in the organization.

The scathing anti-racism report, which followed a yearlong review ordered by then-defence minister Harjit Sajjan, also accused the military of not doing enough to detect and prevent white supremacists and other extremists from infiltrating its ranks.

Lick’s review, also requested by Sajjan, looked at efforts to increase the share of women, visible minorities and Indigenous people in the Defence Department and military since becoming subject to employment equity laws in 1997 and 2002, respectively.

It specifically noted the military’s failure to make any real progress toward its various targets, which include having 25.1 per cent of all Armed Forces members be women, 11.8 per cent be visible minorities and 3.5 per cent Indigenous people.

“Despite the CAF’s efforts over the past 19 years, the percentage of women members stagnated until 2019, when a one-per-cent increase brought that representation level to 16 per cent of all CAF members,” the report reads.

“The limited increase in Aboriginal peoples (2.8 per cent) and visible minority members (9.6 per cent) has not been sufficient to keep up with Canadian demographics,” it adds.

The report goes on to note that not only has the Armed Forces failed to achieve its targets, but that those targets have been repeatedly criticized by the Canadian Human Rights Commission and others as far too low given the country’s changing composition.

The Defence Department reported more success in terms of diversifying its civilian workforce, but nonetheless faced many of the same challenges.

The ombudsman reported that his office had received 931 complaints relating to recruitment and 879 complaints involving promotions or career advancement since 2010. Another 189 workplace discrimination complaints were received.

“While designated employment equity groups did not submit all these complaints and not all would have been deemed to be unfair, these numbers show that the DND and CAF face challenges to the provision of fair and equitable employment,” he wrote.

The ombudsman noted numerous barriers to the recruitment of Armed Forces members from the designated groups had been reported over the years, including language requirements, security-clearance delays and a lack of representation among recruiters.

The review also noted that because military personnel have to start at the bottom and work their way up, fixing the recruitment process is a critical first step. Concerns were nonetheless also identified around retention and promotions.

Lick emphasized the importance of addressing the problem given what he described as a growing need for a diverse force that reflects Canadian society and is able to operate in new and innovative ways.

“With the CAF currently operating at a deficit of approximately 10,000 to 12,000 regular and reserve force members and thousands of positions unfilled in the civilian ranks, a crisis is slowly emerging,” he said.

“Critical to the ongoing success of the DND and the CAF is ensuring that people of diverse backgrounds consider a career in these organizations and see themselves reflected in their mandates."

While past reports and reviews have proposed a number of measures to address the problems, Lick echoed the anti-racism panel’s findings about a lack of action, saying: “It is unclear whether the CAF has implemented all these initiatives.”

Although Defence Minister Anita Anand was given four weeks to respond to the ombudsman’s report before its public release, Lick said he had yet to receive a response. The Defence Department did not immediately comment Monday.

This report by The Canadian Press was first published May 16, 2022.