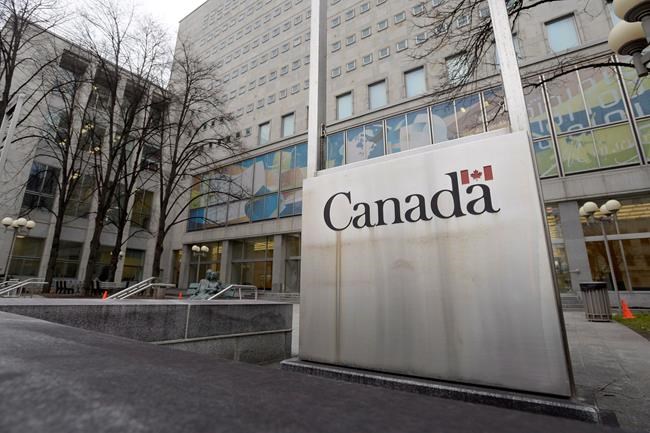 OTTAWA — A researcher seeking records about an RCMP investigation from Canada's national archives was told it would cost the government more than $21 million to process his request under the Access to Information Act.

The man filed an access request with Library and Archives Canada in January upon learning of another applicant's struggle to obtain the large cache of records from a two-decade-old RCMP corruption probe.

Library and Archives cited the multimillion-dollar processing cost in trying to persuade the federal information ombudsman to allow the latest request to be dismissed because it was vexatious or made in bad faith.

In April, information commissioner Caroline Maynard refused permission and, as a result, Library and Archives is now processing the man's access request — although it says up to 65 years will be needed to do so.

The Canadian Press has agreed not to identify the requester, a public servant in the National Capital Region who is concerned the publicity would be detrimental to his career.

In early January, the public servant read a news story about Michael Dagg, who filed an access request with Library and Archives for records on Project Anecdote, a fraud and corruption investigation by the RCMP in the late 1990s and early 2000s.

Library and Archives said it would need an extension of 29,200 days to process the request, making the due date March 25, 2098.

Dagg, a longtime user of the access law, called the 80-year delay "outrageous'' in a January interview with The Canadian Press, saying the archives should have a more constructive plan.

Dagg complained to the information commissioner in May 2018. Maynard subsequently learned that Library and Archives needed a year and a half to digitize the documents and considerably more time to go through the records and excise material too sensitive to disclose.

Consultations with the RCMP and the Department of Justice were likely necessary, with a possibility of others, including foreign governments, the commissioner's October 2021 report said.

Maynard concluded that while processing the large volume of records under the standard 30-day period set out in the access law would interfere with the archives' operations, the 80-year extension was unreasonable.

In March 2021, Library and Archives gave a new time-frame of 65 years to process the request.

Maynard recommended a response to the request be provided to Dagg "forthwith,'' but Library and Archives refused to budge.

Dagg is pursuing the matter in Federal Court.

The public servant's curiosity was piqued by the story about the case and submitted his own request for the documents.

In support of its claim that the latest request was vexatious, Library and Archives said it would cost more than $21 million to process, adding it would have a significant effect on internal operations.

The archives said while it currently has eight permanent employees in its Access to Information and Privacy office, a minimum of nine additional employees would need to be devoted to the request for more than six years.

In addition, the request would have to be assessed internally and specialized equipment to process digital media would need to be acquired, which could take months or even years.

Maynard concluded in an April 21 finding that Library and Archives had not "met its burden of establishing that the access to information request is either vexatious or made in bad faith."

She also found the archives did not show that it fulfilled its duty to assist the public servant with his request before seeking approval to decline to act.

The following day, the requester received a letter from Library and Archives saying it would process his application, with the proviso it would take up to 23,725 days to prepare a response — the same 65-year time-frame eventually provided in Dagg's case.

The public servant is complaining to Maynard about the extension.

In an interview, he acknowledged his application is "a very big request" for hundreds of thousands of pages, but said it is the mission of Library and Archives to process such files for Canadians.

He believes he might have an advantage in his effort to get the records because the federal government has amended the access law to give the information commissioner order-making authority, powers that took effect for complaints made on or after June 21, 2019.

It means that when Maynard finds a complaint to be well-founded, she may now issue any order she considers appropriate, including with respect to time limits — not just a recommendation.

In a special report to Parliament earlier this year, Maynard said Library and Archives frequently failed to answer formal requests for historical records in a timely way and she called on the Liberal government to make fundamental changes.

Maynard noted the growing public criticism of Library and Archives by academics, researchers and journalists over the excessive wait times.

This report by The Canadian Press was first published June 3, 2022.