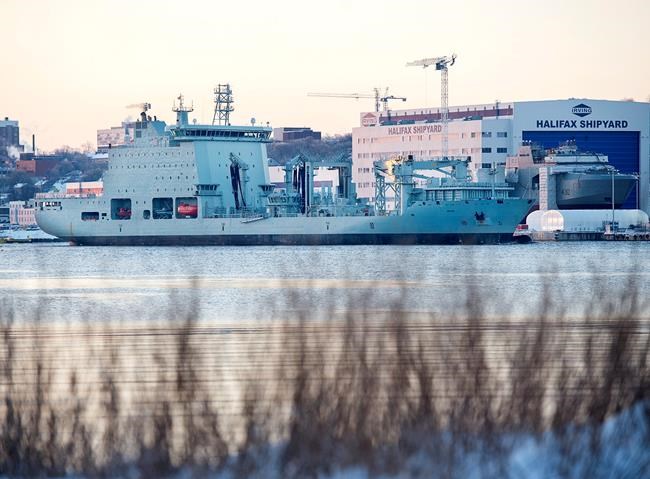 OTTAWA — A federal public servant accused of leaking high-level government secrets about a $700-million shipbuilding project more than six years ago pleaded not guilty as his trial kicked off on Monday.

Standing beside his lawyer in a grey suit and blue tie adorned with anchors as the court clerk read aloud a single breach of trust charge, Matthew Matchett responded “not guilty” when asked to formally enter his plea.

It was the first time Matchett has spoken publicly since RCMP officers charged him in February 2019 for allegedly leaking secret cabinet documents relating to a shipbuilding deal between Quebec shipyard Chantier Davie and the federal government.

The leak is alleged to have occurred in November 2015, when the newly elected Liberal government decided to hold off finalizing a contract with Davie to lease a temporary supply ship for the navy, the MV Asterix.

Court has heard that Matchett at the time was working for the Atlantic Canadian Opportunities Agency, a federal agency responsible for promoting and supporting local businesses in the region.

The Liberals later approved the shipbuilding deal with Davie, which has seen the government lease the Asterix from Davie since January 2018 while the navy waits for two permanent new support vessels to be built by Seaspan Shipyards in Vancouver.

The five-year leasing arrangement is set to expire next year, though the government does have an option to extend it another five years or buy the vessel.

The first permanent support ship was supposed to be delivered in 2023, but that schedule is now up in the air.

Matchett has elected to be tried by jury, and Ontario Superior Court Justice Hugh McLean told jurors that the trial is expected to run about four weeks.

In 2017, retired vice-admiral Mark Norman was suspended as the military's second-in-command and later charged with breach of trust in 2018 over allegations he leaked cabinet secrets about the same shipbuilding project.

Norman pleaded not guilty before his lawyers spent months in court fighting the Crown and government for access to thousands of documents they said were essential for ensuring their client received a fair trial.

Throughout the process, Norman's lawyers alleged the case against their client was politically motivated and that Prime Minister Justin Trudeau and his government were interfering in it, a charge the Liberals denied.

Crown prosecutors eventually stayed the charge in May 2019, telling the judge that new evidence they'd received from Norman's defence team had led them to conclude there was no reasonable chance of a conviction.

Following the dropped prosecution, Norman asserted that he wanted to return to duty. But he and the government instead reached a financial settlement, the details of which have not been made public, before the vice-admiral retired last year.

This report by The Canadian Press was first published June 6, 2022.