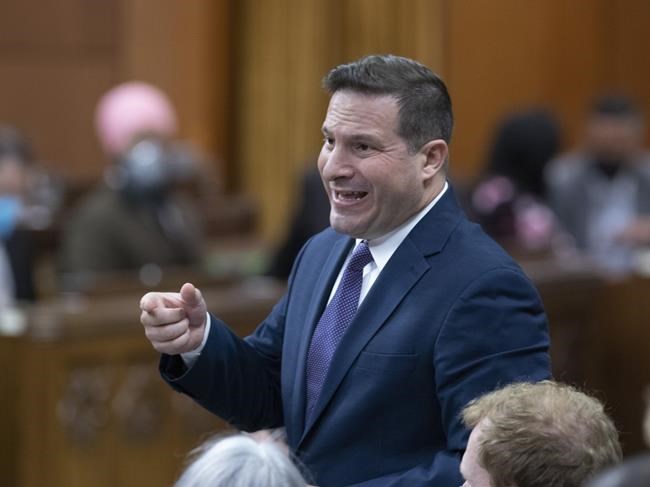 OTTAWA — A senior official in the department of public safety says the minister has been "misunderstood" in saying police asked the federal government to use the Emergencies Act in February.

In April, Public Safety Minister Marco Mendicino told the same committee that after weeks of blockades in downtown Ottawa and at several border crossings, the government was in regular consultation with law enforcement including the RCMP.

"The advice we received was to invoke the Emergencies Act," Mendicino said at the time.

But Stewart said Mendicino didn’t mean police directly asked for the law to be used.

“I believe that the intention that he was trying to express was that law enforcement asked for the tools that were contained in the Emergencies Act,” Stewart said.

MPs and senators on the committee have been trying to get answers about who, if anyone, asked for police to be granted those extraordinary powers.

RCMP Commissioner Brenda Lucki and Ottawa interim police chief Steve Bell both said they did not ask for the Emergencies Act to be used.

Lucki told the committee there were discussions with the government about the potential of using the Emergencies Act. But she said the RCMP didn't ask that the act be invoked, the federal police agency was merely consulted.

On April 27, Prime Minister Justin Trudeau told the House of Commons that “police were clear that they needed tools not held by any federal, provincial or territorial law."

Francois Daigle, the deputy minister of justice, also appeared before the committee Tuesday.

He said the test to determine whether the Emergencies Act can be invoked is not whether existing laws — such as the Criminal Code, provincial highway legislation or municipal bylaws — could be used to end the emergency, it’s “whether those laws were being used effectively."

"Our view is they were not.”

But when asked if that was a failing of police, Daigle said no.

The deputy ministers said the emergency declaration enabled police to deal with the fact that there were children at the protest and that tow truck operators were unwilling to remove vehicles blocking Ottawa streets.

Bloc Québécois MP Rheal Fortin asked Stewart whether that means another federal emergency would be declared if there’s a similar protest in the future.

He said it wouldn’t be needed, adding in French that “we would prevent the demonstration in the first place” and calling the February protests unforeseen events.

The Emergencies Act requires that a special parliamentary committee and a federal inquiry examine the government’s use of the law.

This report by The Canadian Press was first published June 7, 2022.