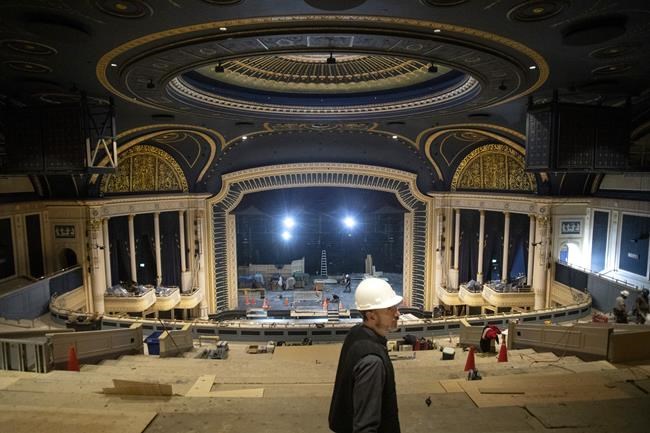 The Toronto live theatre company says ticket holders will no longer be required to wear face coverings at its shows, however, it still recommends they do.

The protocols are in step with the Stratford Festival and Shaw Festival, which no longer require masks.

Mirvish operates four theatres in downtown Toronto, including the Princess of Wales Theatre, the Royal Alexandra Theatre and the Ed Mirvish Theatre.

The decision, announced on Thursday, comes two days after Broadway theatres also pegged July 1 as the date they would drop their mask mandates.

Canada's live theatre industry has been one of the slowest corners of in-person entertainment to lift mask mandates, with movie theatres, sports arenas and many concert venues removing the requirement months ago in step with local health guidelines.

Mirvish is still ramping up after Ontario pandemic closures that shuttered its theatres for two years and led its marquee show "Come From Away'" to close after a turbulent return from a 21-month hiatus.

In recent weeks, Mirvish opened Tony Award-winning play "Harry Potter and the Cursed Child," and kicked off a pre-Broadway run for "& Juliet," a musical that features the songs of Swedish pop hitmaker Max Martin.

This report by The Canadian Press was first published June 23, 2022.