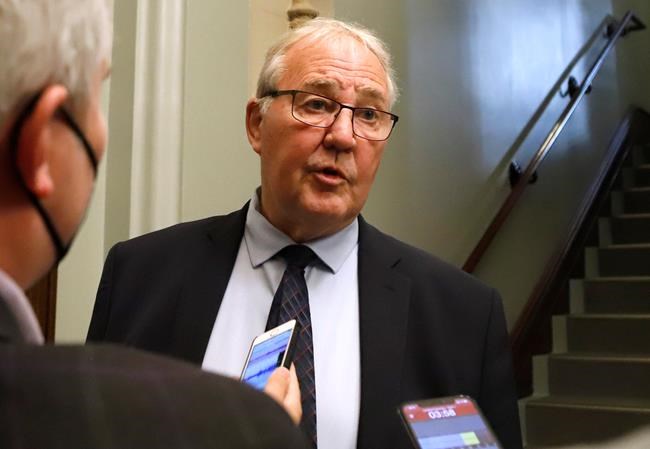 The letter from Lia Scanlan dated April 14, 2021 — almost a year after the killings of 22 people — claims the RCMP's leader was focused on the Liberal government's agenda of passing firearms legislation when she criticized Halifax staff during an April 28, 2020 conference call.

Hours earlier during a news conference, Supt. Darren Campbell had declined to provide details about the guns used by the killer, saying it would interfere with the investigation.

The letter is part of the evidence provided to a public inquiry into the April 18-19, 2020 mass shooting.

According to Scanlan, who was the strategic communications director at the time of the shootings, Lucki had come on the line incensed that the Halifax staff hadn't released the gun details, suggesting they had let down surviving children whose parents were killed.

Scanlan wrote that Lucki had informed those present during the meeting that she faced "pressures and conversation with Minister (Bill) Blair, which we clearly understood was related to the upcoming passing of the gun legislation."

The manager says in the letter she recalled "a feeling of disgust as I realized this was the catalyst for the conversation and perhaps a justification for what you were saying about us."

Handwritten notes from Campbell, released last Monday by the inquiry, also say Lucki told those present she had promised the federal Public Safety Department and the Prime Minister’s Office that information on the guns used by the shooter would be released because it was “tied to pending gun control legislation.”

Blair said last Wednesday that Lucki had made no such promise to him. He was not immediately available for comment on Scanlan's allegations.

During question period on Wednesday and Thursday, he repeatedly denied any wrongdoing, noting the Liberal promise to enact stiffer laws on guns long predated the tragedy.

"The vicious murder of 22 Canadians using firearms deepened our resolve to make Canadians safe and to keep our promise," he said.

This report by The Canadian Press was first published June 28, 2022.