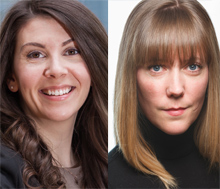 After two years of pandemic-enforced remote work, many workplaces across Canada are determining the ideal balance between in-person and remote work. Parliament must do the same.

When the House of Commons rose for the summer, Canada’s Members of Parliament lost the option to participate virtually in a ‘hybrid Parliament’ where they have the option of in-person or virtual meeting attendance and voting.

Hybrid parliaments can be more welcoming for women and other underrepresented groups, but in order to reap these benefits, any future hybrid parliamentary model must be designed with equity and accessibility in mind.

All the usual considerations around remote work are relevant for parliamentarians, particularly with respect to commute times and work-life balance. But parliament is more than a workplace. It is a democratic institution responsible for representing the interests and diversity of the Canadian population, holding governments accountable for their actions, and passing the laws by which we are all governed. Given this unique role, considerations about remote vs in-person operations take on added significance.

A hybrid work model for MPs has the potential to help parliament better reflect the Canadian population – both in terms of who is present and which voices are heard. Currently, white men make up 36 per cent of the Canadian population, but are consistently an absolute majority of MPs. The average age of MPs is also typically at least 10 years older than Canadians.

Research repeatedly confirms that who someone is, and how they experience the world, shapes the issues and positions they bring forward in political debate. Having MPs that look like Canadians is a minimum requirement for parliament to fulfill its representational function.

To participate in parliament in person, MPs must travel to Ottawa. To complete constituency duties, MPs must be present in their districts. For many, this leads to a gruelling commute. Allowing remote participation creates space for representatives who may struggle to travel due to disability, parental and caring responsibilities or illness.

Evidence from the United Kingdom shows that women MPs are considerably more likely to participate in parliament virtually because it helped them balance their work as MPs with caring responsibilities at home.

Hybrid parliamentary proceedings alone cannot upend the systems of discrimination that make it harder for women, racialized people, and people with disabilities to have political careers. But giving MPs the option to participate remotely sends an important signal about who is welcome within the institution.

Critics of the hybrid model argue that we lose something essential when parliament meets online instead of in person. The capacity of MPs to represent their constituents and hold the government to account, they argue, is undermined if these functions are fulfilled via videoconference.

Yet hybrid parliaments make it easier for MPs to represent constituent interests by allowing MPs to spend more time in their districts. Similarly, there is nothing inherently unaccountable about hybrid meetings. If MPs are able to debate, vote, and ask questions remotely, then the accountability of the House of Commons could be enhanced by ensuring as many MPs as possible can participate.

Accountability is a question of design, capacity, and will; the mode by which this occurs does not change this.

Other critics are skeptical that a hybrid parliament will make the institution more hospitable for women and other underrepresented and marginalized Canadians. We share this skepticism.

A hybrid system is not a panacea, but that alone is a poor argument against its implementation.  We need to transform the systems and structures that stymie equitable and diverse representation in Canada. To do this, care must be taken to build gender and diversity sensitivity considerations into the design of the rules for remote participation at the outset.

Over the past two years, parliamentary staff have made extraordinary progress to create the infrastructure needed to make remote participation a reality. We now have an opportunity to build on and extend this progress. As the public health justification for a virtual parliament recedes, we must not lose sight of the ways in which remote participation can make parliament more democratic by making it more inclusive, equitable and accountable.

Erica Rayment is an Assistant Professor in the Department of Political Science at the University of Calgary. Her research focuses on Canadian parliamentary institutions and women’s political representation.

Melanee Thomas is an Associate Professor in the Department of Political Science at the University of Calgary. She researches the causes and consequences of gender-based political inequality, with a focus on political attitudes and behaviour.