Many Canadian doctors struggle with burnout, depression and anxiety: survey 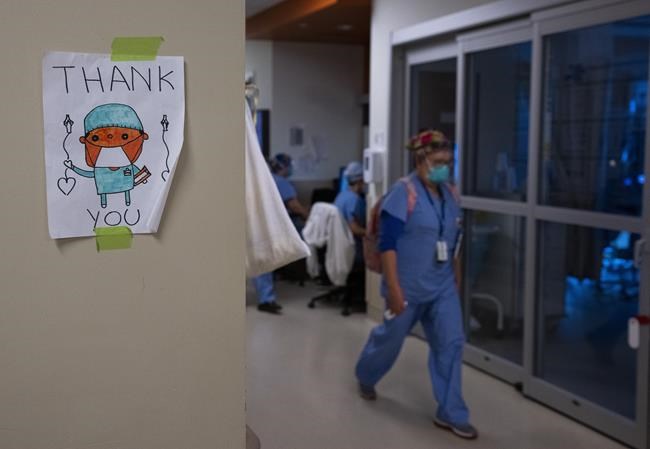 TORONTO — The well-being of physicians across Canada has significantly decreased with many doctors reporting poorer mental health than before the COVID-19 pandemic, a new survey suggests.

The reported burnout rate among doctors was 1.7 times higher than it was in the association's previous survey in 2017.

Forty-nine per cent of physicians who participated in the survey also indicated they were likely to reduce or modify their clinical hours in the next two years.

The association's president, Dr. Alika Lafontaine, said the participants' responses "reflect the current state of the health-care system," adding the COVID 19 pandemic exacerbated many challenges physicians have been facing for years.

"People pulling back full-time clinical practice, people doing different things in order to mitigate burnout, more pervasive negative sentiment towards the direction that the health-care system is going and then just how this is affecting certain types of physicians more ... family physicians in particular are really struggling," he said in a recent interview.

The online survey involved 4,121 physicians, medical residents and medical students who participated between Oct. 13 and Dec. 13, 2021.

Lafontaine, who is a practising anesthesiologist in Grande Prairie, Alta., said doctors are resilient but the stress levels they face are very high.

"We've been trained in situations where stress is a normal part of work," he said. "We know that providing care in the medical system is a stressful job, but that stress has just completely gone out of control."

The survey suggests 36 per cent of physicians have had thoughts of suicide at some point in their life, compared to 18 per cent of doctors saying they thought about suicide in 2017.

Lafontaine said provincial governments across Canada have had an "obsession with efficiency" over the last two decades, and health-care providers have not received the support they need to make sure their work environments are sustainable.

He said health-care providers, administrators and governments should start working toward pan-Canadian solutions.

"And then make sure that we have the right priorities: focusing on sustainable work environments, making sure that high-quality, high-safety patient care is provided," he said.

The Ontario government did not respond to a request by deadline asking what the province is doing to support health-care workers' well-being.

Lafontaine, who was recently elected as the first Indigenous president to the Canadian Medical Association, said the federal government can help by working toward more collaboration in health human resources.

A spokeswoman for Health Canada said the federal government recognizes that healthcare workers are exhausted and it understands the need to sustainably increase the supply of health care workers and create healthier workplaces to support retention and their mental health.

Natalie Mohamed said in a statement the government is working with the provinces and territories to identify solutions to address significant health human resources challenges, such as access to health care services in rural and remote communities.

"(The April budget) provided $26.2 million in funding to increase the forgivable amount of student loans for doctors, nurses and other eligible practitioners who practice in rural and remote communities," she said.

"(It) also provided $115 million over five years, with $30 million ongoing, to expand the Foreign Credential Recognition Program and help up to 11,000 internationally trained health care professionals per year get their credentials recognized and find work in their field.

Temporary emergency room closures have plagued hospitals across the country, particularly rural ones, throughout the summer as the health system contends with a shortage of nurses and other staff.

Ontario Premier Doug Ford met with the premiers of Nova Scotia, New Brunswick and Prince Edward Island in Moncton, N.B., on Monday to discuss the ongoing challenges in the healthcare system.

The premiers offered few specifics but said Canada’s leaders need to come together to create a plan to reduce the emergency wait times and surgery backlogs.

This report by The Canadian Press was first published Aug. 25, 2022.