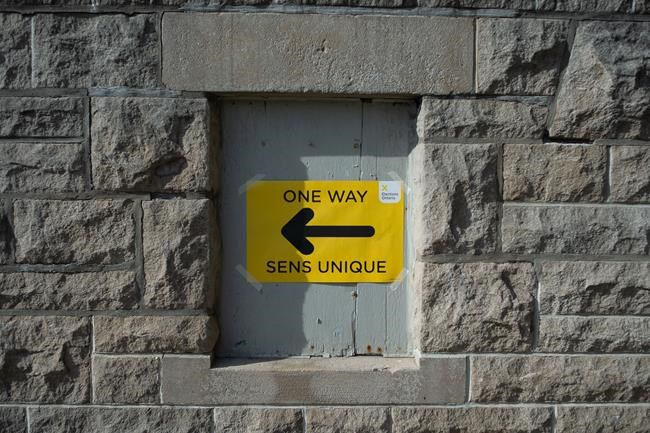 More Ontario municipalities are using online voting in this month's municipal elections than in 2018, despite the absence of provincial standards on how to conduct it.

The province's Municipal Elections Act allows municipalities to opt to use alternative methods to voting at the polls -- such as online, telephone and mail-in ballots -- if a council passes a bylaw. Municipal clerks are then responsible for establishing the procedures.

The Association of Municipalities of Ontario says there will be 417 municipal elections held in the province on Oct. 24, and more than half -- 217 -- have decided to use online or phone voting. That's up from 175 municipalities four years ago.

Aleksander Essex, an associate professorat Western University who specializes in cybersecurity and researches online voting, says the lack of provincial standards are concerning because that means it's up to municipal councils to contract vendors and decide which technology to use.

"There has to be some kind of uniformity and accountability for those types of decisions," he said in an interview.

"At some point, it will have to be a point of contention where we have to sort of acknowledge that these (online) elections are 'real elections,' and as such, they should be held to some kind of basic democratic standards."

Essex also runs Whisper Lab, a cybersecurity research group at Western, and says his team has been studying online voting since 2018. Using publicly-available data, he said they've found that the guarantees to ballot secrecy, voters' privacy and the transparency of online voting are not always as strong as they should be.

However, he said the most concerning issue is the lack of evidence to support that the election results are reflective of the ballots that were actually cast, as candidates and their representatives cannot in many cases observe the counting of the electronic votes.

"In order for us to believe (the election result) we shouldn't have to rely on faith in this third-party company. We should have evidence -- independent and specific evidence -- to support a vote total."

A spokesperson for Ontario's Ministry of Municipal Affairs didn't say whether the government has plans to introduce provincial standards for online voting.

Online voting has caused other problems in past provincial municipal elections.

Neither that, nor the lack of provincial standards, have deterred communities from using that voting method this time around. Some are offering a mix of paper ballots and online voting, including Thunder Bay Kingston, Markham, Vaughan, Sarnia and Brantford.

Others are proceeding without ballot boxes entirely. Barrie, Belleville, Brockville, Kenora and Kawartha Lakes -- along with dozens of other towns and townships -- are only offering online and phone voting.

Wendy Cooke, the city clerk in Barrie, said the community north of Toronto decided to go that route after successfully piloting a touchscreen version of voting in a city council byelection in 2020.

"It's an accessible form of voting. It allows people to vote 24/7. It is very easy to use," she said.

The city will have 10 voting assistance centres for residents who need help using the technology.

Cooke said the city has mailed a single-use voter identification number to all registered voters to use along with other voting credentials such as their date of birth.

Cooke said the city's election team is finalizing a process to allow candidates to come to the city hall to view the votes totals' reports any time to ensure a high level of transparency.

Many municipalities offering online voting, including Barrie, have also hired firms to audit their elections.

Stephen O’Brien, vice-president of the Association of Municipal Managers, Clerks and Treasurers of Ontario, said some smaller places are getting creative about doing that.

Still, not all cities are embracing online voting. The City of Toronto isn't giving voters that option, citing security and accessibility concerns, though it is using mail-in ballots for the first time.

O’Brien, who is also Guelph's city clerk, said the council there decided not to use online voting this time around either.

"There are risks that we face as a society in any number of virtual or digital interactions we have," he said. "I think city council considered those here in Guelph."

This report by The Canadian Press was first published Oct.9, 2022.