A guide to free, ad-supported streaming services in Canada to trim your monthly bills 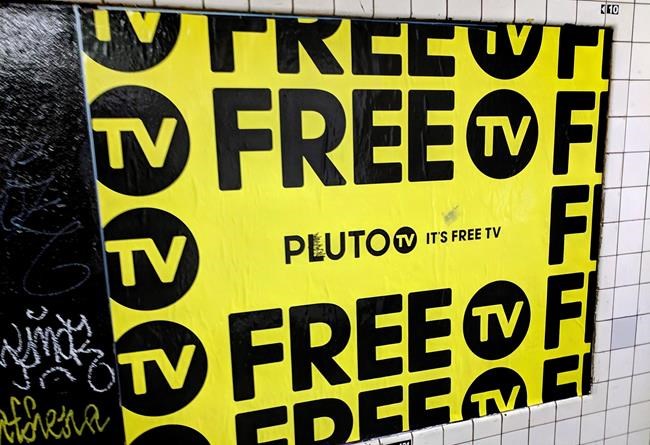 TORONTO — Keeping track of the growing number of ad-supported video streaming options launching in Canada isn't easy, but it can help trim your monthly bills.

Here's a quick guide to some of the top services, both livestreaming and on-demand, that are available for free with commercial breaks:

Home to a deep selection of on-demand Canadian film and television, the national broadcaster's platform breaks down borders with hit TV programs from around the world, celebrated web series and live events.

How many ads: Viewers will see a few minutes of ads per hour or sometimes no commercials at all.

CBC's live streaming channel will serve 24 hours of news and current affairs programming through the CBC Gem app and other platforms that will be announced before it launches in late November.

What's on it: A daily news program led by former "The National" anchor Andrew Chang and an array of CBC documentary programming.

How many ads: To be determined as the service is still under development.

Not only a hub of CTV's network programs on demand but also an extensive library of hit sitcoms and Hollywood movies.

What's on it: Hundreds of films spanning decades from the archives of Sony Pictures and hit series of yesteryear, including "The A Team," "Miami Vice," "Cold Squad" and "Corner Gas."

How many ads: Commercial breaks are roughly the length of traditional broadcast TV.

When Pluto TV launches on Dec. 1, viewers can expect more than 100 streaming channels carrying TV series, movies and sports programming through its website and apps that emulates the experience of channel surfing.

What's on it: Includes themed channels for comedy, drama and action entertainment, as well as a dedicated festive channel dubbed Christmas 365. Other channels get more granular with marathons exclusively devoted to "NCIS," "The Love Boat," "Judge Judy" and "Chopped Canada."

How many ads: A Pluto representative says the length of ad breaks will vary by channel.

Unlike its competitors, the streaming app is exclusively on Roku set-top devices, an effort to build customer loyalty. Includes both on-demand film and TV series and dozens of streaming channels.

What's on it: Roku originals, such as "Heathers: The Musical," sit alongside oddities acquired from the short-lived Quibi service, including the Josh Groban-hosted game show "Eye Candy," inspired by the "is it cake?" online meme. The buzzworthy comedy "Weird: The Al Yankovic Story," which debuts Nov. 4, is Roku's most anticipated original production.

How many ads: When it launched four years ago in Canada, Roku said it aimed to average about a third less advertising per hour than traditional TV. That's about 12 minutes of ads per hour.

As the most extensive catalogue among the free services, Tubi's on-demand selection runs the gamut from Hollywood hits to forgotten films relegated to the DVD clearance bin long ago.

What's on it: A rotating mix of studio films from the vaults of MGM, Paramount and Warner Bros. keep the selection fresh, while a small offering of Tubi originals leans toward tabloid documentaries and straight-to-video horror movies about sharks and bigfoot.

How many ads: Frequent breaks in feature films top out at around 12 minutes per hour, but it varies depending on the title and can be less.

This report by The Canadian Press was first published Oct. 30, 2022.