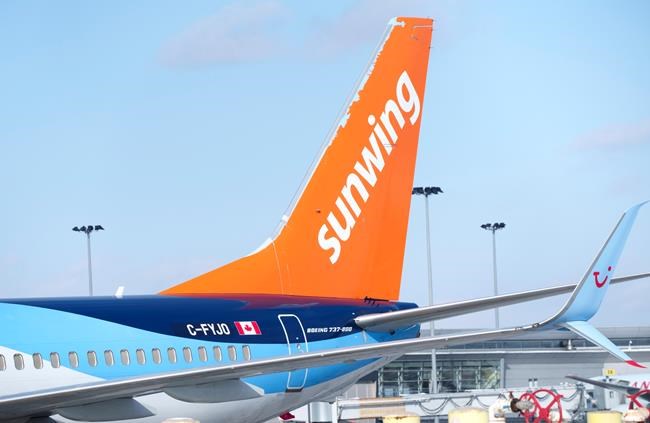 TORONTO — Unifor says Sunwing is walking away from its plans to hire temporary foreign pilots ahead of the busy winter travel season.

In a news release, the labour union says the Toronto-based airline has abandoned its plan to hire about 65 pilots through a temporary foreign worker program from Europe.

Sunwing did not immediately respond to request for comment on the matter.

In an interview last month, President of Unifor Local 7378 Barret Armann said the airline's hiring of foreign workers raised concerns with the union when a job posting for Sunwing pilots offered temporary foreign pilots a fixed rate of US$9,500 per month compared with Canadian first officers who are offered US$5,500 per month, while requiring less flight experience.

Armann says that Sunwing's staffing shortages are not due to a lack of qualified applicants but are the result of the company's lack of willingness to sit down and address employee's concerns.

In an emailed statement last month, Sunwing President Len Corrado said its application to hire a “small number” of foreign pilots would allow the airline to meet staffing demands for the winter travel season and called claims of hiring seasonal foreign pilots as a "cheaper alternative" categorically untrue.