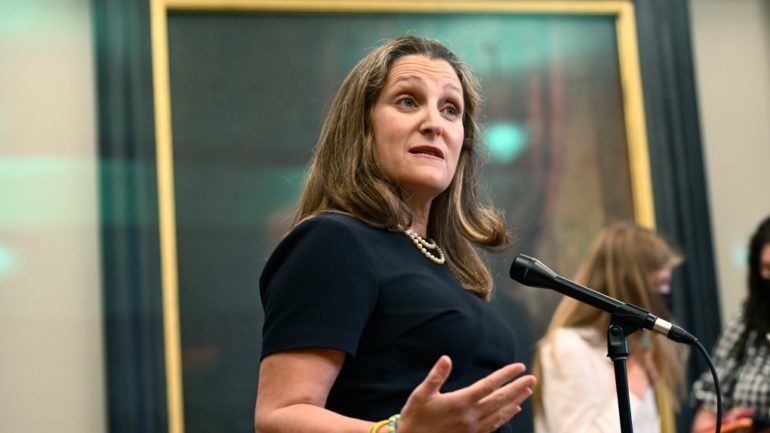 Politicians of all stripes are expressing support for Deputy Prime Minister Chrystia Freeland after videos of her being verbally harassed became widely circulated on social media.

The video, which was shared on Twitter, shows a man and two women waiting at the lobby of Grande Prairie, Alta.’s city hall when Freeland and her staffers enter the building and approach the elevator.