The future of the electric utility in Canada’s remote communities 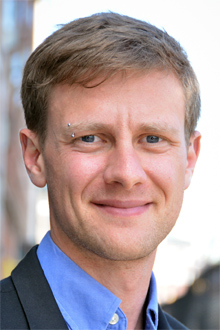 In Canada, both utilities and proponents of renewable electricity projects face many challenges when working together to transition remote communities to clean energy. To overcome specific barriers related to the governance and regulation of utilities, it’s important to first understand the current model under which electricity is provided to remote communities, which has remained basically unchanged for many decades. Whether they are publicly or privately owned, the majority of electric utilities are regulated. This means that in exchange for being the sole provider of electricity to a certain area with no market competition, they agree to have their electricity rates and resource plans reviewed and approved by a public utilities board (also referred to as a utilities commission or regulator).

Electric utility regulation emerged as a necessity in the early 1900s as the electricity business boomed in the U.S., and intense competition for customers led to multiple companies building distribution infrastructure to serve the same area. In response to this inefficient and costly state of affairs, governments eventually allowed companies to have jurisdictional monopolies. In exchange, a public regulator would ensure that the utility acted “in the public interest” — defined at the time as providing service that was safe, reliable and affordable. This approach, often called the regulatory compact, also informed the way publicly owned utilities were allowed to structure their rates, and has not changed significantly in over 100 years. Even in deregulated markets like Alberta, where electricity generation is competitive, many elements of the system such as distribution and grid balancing remain under public oversight.

In most remote communities, diesel microgrids are owned and operated by a regulated utility. (Some remote communities, particularly in B.C. and Ontario, are home to independent power authorities, meaning that they are not served by a regulated utility but rather operate their own energy system with some financial support from the federal government through Indigenous Services Canada.) When communities, or other independent power producers (IPPs), build and own renewable energy projects, the utility is still responsible for managing the overall safety and reliability of the microgrid. However, in the traditional model of structuring electricity rates, the utility is not able to make a financial return in exchange for holding this responsibility. Rather, the utility’s profit is determined based exclusively on the value of the assets it owns, meaning that there is no incentive for the utility to sell less power or give up control of its infrastructure.

The need to decarbonize electricity grids worldwide and the emerging and clear benefits of distributed energy resources (DERs) are challenging this approach. While the goals of providing safe, reliable, and affordable electricity have not changed, a more modern and innovative energy system is evolving that incorporates new values of energy security, local self-reliance, and energy democracy, as well as meeting environmental performance and decarbonization goals. The system that is emerging favours a transition to DERs and low-carbon technologies, and is not well matched to the traditional utility business model and regulatory compact. The old way of providing electricity is sunsetting.

Integrating renewable energy from IPPs can be an effective way for utilities to acquire additional electricity or decarbonize their current system without needing to raise large amounts of capital to build projects. However, incorporating renewable energy increases the complexity of operating a microgrid — a risk and responsibility carried by the utility. The size and number of projects that IPPs and communities are able to pursue are limited, as the utility typically sets limits on the amount of renewable energy it believes it can integrate while still meeting reliability requirements and keeping electricity rates the same.

In the U.S. and elsewhere, new solutions are being proposed that will support, encourage, and, in some instances, direct utilities to incorporate more renewable resources and work in collaboration with IPPs. This new business paradigm typically involves a combination of governments restructuring the regulator, and utilities considering the most effective role they can play in a rapidly transitioning energy system. These restructures, or reforms, include:

In our work, we often hear of Indigenous communities that have a desire to advance self-reliance and self-governance by controlling more of their energy system. Communities such as these might eventually take on the role of the utility, completely decolonizing how their energy has been provided to them for decades. For remote Indigenous communities, this has the potential to be a powerful step towards advancing energy sovereignty. Leading jurisdictions such as B.C. are already directing their regulators to explore this option, making energy independence a realistic option for the future. Changing the regulation of utilities so their business is not eroded when communities acquire their own generation assets would help bring them on board as partners in this transition.

Both regulatory and business model reforms have the potential to accelerate the clean energy transition for remote communities. Navigating the changes that need to take place will require meaningful dialogue, transparency, and visionary thinking between governments, utilities, and communities, driven by Indigenous leadership and a desire for communities to be in control of their own energy future.