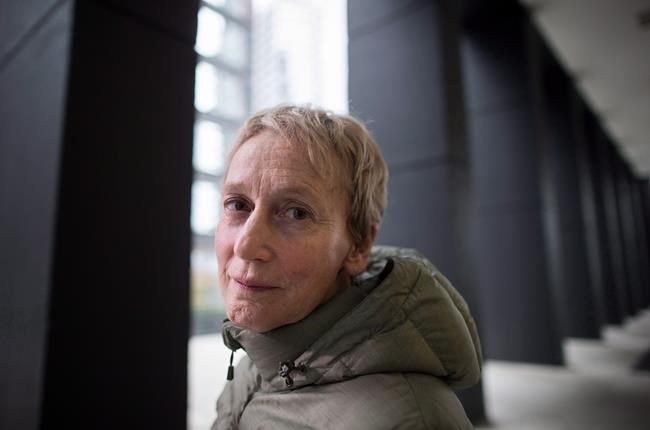 OTTAWA — Dr. Ellen Wiebe has helped 260 intolerably suffering Canadians end their lives over the past four years, including a few who likely would have lived up to another decade on their own.

The current federal law, passed in 2016, allows medical assistance in dying only for individuals whose natural death is "reasonably foreseeable" — an ambiguous term that some doctors initially interpreted to mean a person must have only six months left to live.

Then came the pivotal 2017 ruling in the case of a 77-year-old Ontario woman, known only as A.B., who suffered from severe osteoarthritis but had been denied medical assistance in dying because natural death was not imminent.

Ontario Superior Court Justice Paul Perell said natural death does not have to be imminent, within a specific timeframe or the result of a terminal disease — giving reassurance to doctors who feared criminal charges if they interpreted the term too loosely.

Using actuarial tables, Wiebe calculated that A.B. could have survived another 10 years, which became the timeframe the Vancouver physician has used ever since when she assesses a person's eligibility for an assisted death.

But now, some experts are worried the Trudeau government has revived uncertainty over reasonable foreseeability with proposed amendments to the law introduced last week.

Under Bill C-7, people whose natural death is not deemed reasonably foreseeable would no longer be prohibited from receiving medical help to end their suffering — a restriction that was struck down as unconstitutional by a Quebec court last fall.

The revised law would still use the notion of reasonable foreseeability to impose a number of eligibility requirements on those who are not near death that wouldn't apply to those who are.

Some experts say they became alarmed when Justice Minister David Lametti, during opening debate on the bill last Wednesday, offered his view that reasonable foreseeability means a death that is expected "in the relatively near-term" or "over a relatively short period of time."

"A person's natural death is not reasonably foreseeable just because they are diagnosed with a condition that will eventually cause their death many years or decades into the future," he told the House of Commons. "In practice, we know that practitioners are more comfortable prognosticating when death is expected on shorter timeframes."

Jocelyn Downie, a professor of law and medicine at Dalhousie University, said Lametti was advocating for an interpretation narrower than what is used by physicians across the country.

Lametti was not available for an interview but in an email statement his office said the definition has not changed in the proposed update to the law.

"By retaining the same language in Bill C-7 practitioners will be using a standard that is already familiar to them as a means to determine which safeguards to apply."

While "not crystal clear," Green found the clarification "reassuring."

But Grace Pastine, a lawyer with the British Columbia Civil Liberties Association, said her group is "very concerned" about Lametti's messaging and what it could mean for Julia Lamb.

Lamb suffers from spinal muscular atrophy, a degenerative disease that has confined her to a wheelchair and left her needing almost round-the-clock care.

Not yet 30 years old, Lamb could live for decades as her condition deteriorates. On her behalf, the BCCLA launched a court challenge to the reasonably foreseeable death requirement. However, it adjourned the case last fall after the federal government submitted a written expert medical opinion that concluded Lamb does qualify for an assisted death.

Madeline Li, head of the assisted dying program at Toronto's University Health Network, wrote that if Lamb indicated her intention to refuse treatment for recurrent pneumonia, that would make her death reasonably foreseeable. Li also noted that interpretation of reasonable foreseeability has evolved to the point that some clinicians are comfortable "extending prognostic timeframes out to many years."

Pastine said if Lametti's definition were to become the norm, Lamb's natural death might no longer be considered reasonably foreseeable. She said that could mean "a significant restriction" of Lamb's rights, as well as those of other Canadians "suffering unbearably with no end in sight" from degenerative diseases.

Under C-7, those not deemed to be reasonably close to death would face a minimum 90-day assessment period, among other conditions not required for those who are near death.

Forcing Lamb to endure "90 days of intolerable suffering" before getting an assisted death "is cruel and it raises serious constitutional concerns," Pastine said.

"Julia deserves to have the option of a painless and compassionate dying process if her suffering becomes intolerable. Unfortunately, she now finds herself in the position of not knowing whether she has more or fewer rights under Bill C-7 and contemplating whether she must continue with her lawsuit in order to vindicate her rights."

For her part, Wiebe said she is "thrilled" with the bill, which she believes will make access to assisted dying easier for most people.

She also said she considers Lametti's views irrelevant and that they won't change her calculation that natural death up to 10 years down the road counts as reasonably foreseeable.

Still, Wiebe acknowledged not all medical practitioners may be quite so comfortable ignoring the justice minister's view.

"I realize it may cause problems for some people who will feel very nervous about it and it may interfere with access because of that, and that would be sad."

This report by The Canadian Press was first published March 3, 2020.