What’s at stake for the Conservatives this convention? The grassroots. 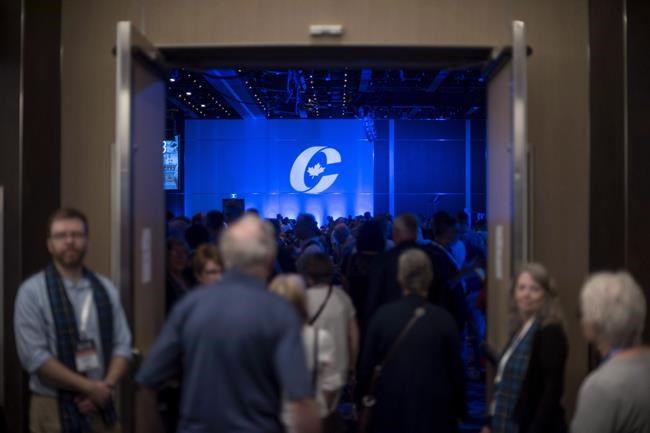 OTTAWA — If there's been one constant at Conservative conventions since the party's first in Montreal in 2005, it's been a fellow known as "Gord, from Red Deer."

That's how Gord Tulk, 58, is introduced every time — and at some conventions, it has been dozens of times —  he steps up to the microphone to make a passionate pitch for or against the policies up for debate.

Some may grumble he hogs the mic, but what's the point, he says, of going all the way to a convention and just sitting quietly in your chair?

This year, the long-time and passionate party member will be logging on from home, with the convention that begins today forced into an all-virtual format due to the COVID-19 pandemic.

He says he'll still try to say his piece.

In his view, this week's event is the most important in the party's history.

With social conservatives butting up against moderates, and with the Western base agitating for more inclusion in national discourse, if something doesn't change he fears the party is heading right back to the days before that 2005 founding convention: a major split.

"This party's on the cusp of completely shattering if we don't get some understanding as to the gravity of what this country faces," Tulk said in a phone interview from his Alberta home.

Conservative MP Tim Uppal, who is the go-between for elected MPs and the party's members, says the goal of the convention is twofold: get members talking policy, but also fired up to win the next election.

In turn, the message Conservative Leader Erin O'Toole will deliver in his speech to delegates Friday night is one of a party that's ready to get Canadians past the pandemic, he said.

"They're looking for direction and O'Toole is going to be able to give that direction," he said.

But Tulk and others say they're waiting to be convinced.

Internally, the cleavages are seemingly as raw as the days after O'Toole won leadership in a battle that ended with the social conservative wing of the party mobilizing in force to defeat the more progressive Peter MacKay.

Energized by its efforts there, that wing of the party has sought to drive the policy discourse at convention, swooping up delegate spots in less active riding areas and muscling party bigwigs out of spots in others.

They've had their hopes for policy and constitutional changes dashed, thanks in part to cutoffs convention organizers placed on how many ideas would be put up for debate.

Nevertheless, Jeff Gunnarson, president of the anti-abortion group Campaign Life Coalition, said his and other like-minded groups aren't going away.

They now hope to elect a slate of national councillors more favourable to their interests, a win that would lay the foundation for that faction's influence in the much longer term.

In that respect, the convention is also a watershed moment as many social conservatives, at this point, have written off O'Toole as a promoter of the status quo, he said.

Without that group's support, O'Toole won't get far, and neither in turn will the party, Gunnarson said.

"We need the Canadian people to be united behind a leader, not just the party," he said.

"And you can't really do that if you're just spewing all kinds of rhetoric about how bad the Liberals are, or how bad the NDP are."

For more progressive grassroots members, it's also been challenging to have their voices heard.

Several electoral district associations tried in the lead-up to the convention to get more moderate policies into the debate — including one that would affirm the Conservatives as being in support of a woman's right to choose whether or not to have an abortion.

It didn't survive the cut. Nor did one that would include language on standing up for LGBTQ rights.

For Geoffrey Turner, the president of the Conservatives' Etobicoke-Lakeshore riding association, the fact those issues didn't get enough votes from other riding groups to make the cut is simply the way his party works, and he accepts it, citing the need to respect the grassroots in all cases.

But the question for him and others then becomes: how do the candidates in Toronto ridings, the ones the party needs for a majority, get elected when the party's policy document is silent on the issues they are hearing about at the doors?

The answer, he suggests, lies with O'Toole.

Turner said O'Toole's speech to the convention on Friday needs to hammer home the need for party unity, but he must also bring something else.

"I would love to hear him start to give us a bit more direction and substance on the policy issues that will differentiate us from the Liberals, and that we as conservatives, and you know, all Canadians can rally behind and make some positive changes in the country."

While the virtual nature of the convention has seen upwards of 5,500 Conservatives register to attend — it's cheaper and much more accessible than in-person events in past years — Tulk said something will be lost by the online affair.

"Every party  across the spectrum has its wings, and its divisions and all those kinds of things," he said.

"And one of the reasons why you have a convention is you get together hash those out and get a sense of where the party is headed and where you are within that party. We're not going to really get that this time."

This report by The Canadian Press was first published March 18, 2021.